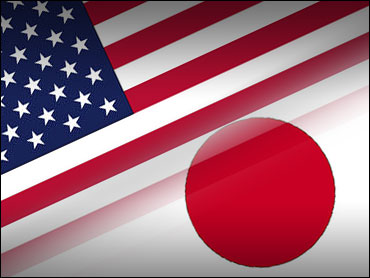 Japan and the United States signed an agreement Friday to expand their cooperation on a joint ballistic missile defense shield, moving to protect themselves amid signs North Korea could test a ballistic missile.

The pact, signed by Foreign Minister Taro Aso and U.S. Ambassador Thomas Schieffer, commits them to joint production of missiles to intercept incoming missiles, the Japanese Foreign Ministry said in a statement.

The agreement had been previously negotiated and was not triggered by emerging fears that North Korea is preparing to test a long-range missile, officials said. There has been speculation that the United States could try to intercept the missile if it is fired.

But the timing of the agreement - part of a program in the works for years - symbolized the determined cooperation between the United States and its top Asian ally to protect themselves against the threat posed by Pyongyang's missile program.

The announcement of the signing came only hours after Japanese officials said a high-resolution radar that can detect incoming missiles had been deployed at a base in northern Japan.

The so-called X-Band radar was transferred to Japanese Air Self-Defense Force's Shariki base in Tsugaru in northern Japan from the U.S. military's Misawa Air Base in Misawa, the Defense Agency said. Tsugaru is 576 kilometers (360 miles) northeast of Tokyo.

The radar is expected to begin monitoring airspace this summer for ballistic missiles, the official said on condition of anonymity, citing policy. The radar is solely to monitor missiles and not fitted with a missile inteceptor, she said.

The deepening of the defense shield cooperation - originally prompted by North Korea's last long-range missile test in 1998 - has been in the works for months. Chief Cabinet Secretary Shinzo Abe announced the expansion in December 2005.

The new pact allows the transfer of ballistic missile defense technology from Japan to the United States - a touchy issue in Japan, which has long adhered to a self-imposed ban on arms exports in line with the spirit of its pacifist constitution.

Saori Nagahara, an official with Japan's Foreign Ministry, said that the two governments have not decided when they will begin production of interceptor missiles, but that the development phase is expected to take about nine years.

Japan, well within range of North Korean missiles, has been deeply disturbed by Pyongyang's missile test preparations, and has urged the regime there to reconsider the test and return to talks on dismantling its nuclear weapons program.

Japan and the United States say there are signs North Korea is preparing to fire a Taepodong-2 missile with a believed range of up to 15,000 kilometers (9,300 miles), potentially capable of reaching the mainland United States.