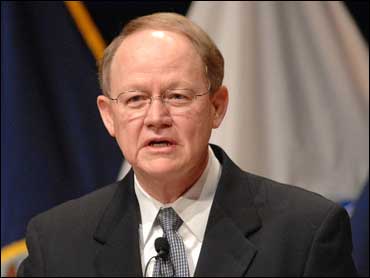 The top U.S. intelligence official is telling Congress it should not succumb to pressure to roll back a new law that enhances the government's eavesdropping capability on terrorists as well as more traditional potential adversaries.

"Foreign intelligence information concerning the plans, activities and intentions of foreign powers and their agents is critical to protect the nation and preserve our security," McConnell stated in testimony prepared for a Tuesday congressional hearing.

He is trying not only to hold the line against what some, mainly Democrats, see as excesses in the new Protect America Act, but also is pressing to strengthen it. Congress hastily adopted the measure last August based on McConnell's warnings of a dire gap in U.S. intelligence.

The law eased some of the restrictions on government eavesdropping contained in the Foreign Intelligence Surveillance Act. Many are now having second thoughts as the complicated law intended to ease the government's interception of foreign calls and e-mails has come under attack by civil liberties and privacy advocates who contend it gives the government broader powers than intended.

McConnell says the Protect America Act gave the government the freedom to listen in on calls and e-mails that may help identify "sleeper cells" of terrorists in the United States, according to an advance copy of his written statement to the House Judiciary Committee.

The Protect America Act allows the government to eavesdrop, without a court order, on all communications conducted by a person reasonably believed to be outside the United States, even if an American is on one end of the conversation.

Such surveillance was generally prohibited under the original Foreign Intelligence Surveillance Act and is one of the more controversial aspects of the new law.

But McConnell's prepared testimony says that is one of the most important new aspects of the law: the possibility of obtaining a call or e-mail "from a foreign terrorist outside the United States to a previously unknown 'sleeper' or coconspirator inside the United States."

While many Democrats angle to roll back what they consider the excesses of the new law, McConnell and Assistant Attorney General Kenneth L. Wainstein are pushing Congress to make even more changes to FISA.