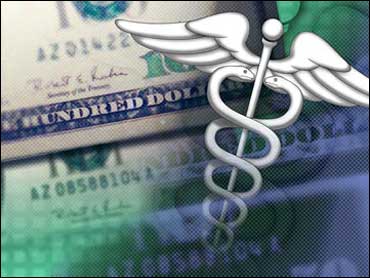 One of the decisive issues in the presidential campaign is likely to be health care. Some 47 million Americans have no health insurance, and that's just the start: millions more are underinsured, unable to pay their deductibles or get access to dental care.

Recently, 60 Minutes heard about an American relief organization that airdrops doctors and medicine into the jungles of the Amazon. It's called Remote Area Medical, or "RAM" for short.

As correspondent Scott Pelley first reported last March, Remote Area Medical sets up emergency clinics where the needs are greatest. But these days that's not the Amazon. This charity founded to help people who can't reach medical care finds itself throwing America a lifeline.

In a matter of hours, Remote Area Medical set up its massive clinic, for a weekend, in an exhibit hall in Knoxville, Tenn. Tools for dentists were laid out by the yard, optometrists prepared to make hundreds of pairs of glasses, general medical doctors set up for whatever might come though the door. Nearly everything is donated, and everyone is a volunteer. The care is free. But no one could say how many patients might show up.

The first clue came a little before midnight, when Stan Brock, the founder of Remote Area Medical, opened the gate outside. The clinic wouldn't open for seven hours, but people in pain didn't want to chance being left out. State guardsmen came in for crowd control. They handed out what would become precious slips of paper - numbered tickets to board what amounted to a medical lifeboat.

It was 27 degrees. The young and the old would spend the night in their cars, running the engine for heat, but not much - not at $3 a gallon. At 5 a.m., Pelley took a walk through the parking lot.

"We got up at three o'clock this morning and we got here about four. We've been out where a little while it's cold," Margaret Walls, a hopeful patient from
Tennessee, told Pelley.

"Why did you come so early?" Pelley asked.

"'Cause we wanted to be seen," Walls replied.

Marty Tankersley came with his wife and his daughter, asleep behind the front seats. Tankersley says he drove some 200 miles to get to the clinic and slept in the parking lot for hours.

"Just to have this done?" Pelley asked.

"Yes, sir. I've been in some very excruciating pain," he replied.

Tankersley had an infected tooth that had been killing him for weeks. Most of the people who filled the lot heard about the clinic on the news or by word of mouth, and they came by the hundreds.

Stan Brock calls RAM clinics "medical expeditions." He takes all comers, but just for the weekend.

Brock says he was surprised at the number of people who came when he set up the first "expedition" in the U.S. "And the numbers are getting higher. And I don't know if it's because we're getting better known, or that the healthcare in this country is getting worse," he told Pelley.

On Saturday at 6 a.m. they entered by the numbers. Inside, 276 volunteers from 11 states were waiting.

For those who were diagnosed with cancer on that particular day, or other ailments like diabetes and heart disease, RAM will try to find a volunteer doctor who will follow up.

Ross Isaacs is one of the doctors. Asked who these patients are, Dr. Isaacs - an internal medicine specialist at the University of Virginia -- told Pelley, "It's the working poor middle of their lives most with families, most not substance abusers and employed without adequate insurance."

Isaacs saw Marty Tankersley, the man Pelley had met in the parking lot who'd driven 200 miles. It turned out Tankersley had two heart attacks and heart surgery a few years back, but almost no follow up since.

The Tankersleys live in Dalton, Ga., and fall into the underinsured category. Marty's a truck driver and has major medical insurance through his employer. But the deductible is $500, really unaffordable. And the dental insurance costs too much.

No one really knows how many Americans are underinsured like the Tankersleys.

Tankersley, his wife and daughter were seen for checkups, glasses, mammograms, and the yanking of that agonizing tooth. "This has truly been a Godsend to us. To me and my family. And to all the hundreds of people that's here. I see the faces. The relief in the faces. This has been a wonderful thing," he commented.

This was RAM's 524th expedition. RAM took off in 1992, airlifting relief to Latin America. And at age 72, Stan Brock still flies the antique fleet. One of their planes, a C-47, flew on D-Day.

Brock is British by birth, and an adventurer at heart. He was a cowboy in the Amazon and then, incredibly, he was discovered by TV's "Wild Kingdom." Brock was a star - sort of a naturalist daredevil - for the program in the late 1960s and early 1970s.

Today Brock is devoted to RAM - completely devoted. He has no family, takes no salary, and has no home. Brock lives in an abandoned school that the city of Knoxville leases to RAM for $1. Until recently, he took showers in the courtyard with a hose.

How does he pay for all the care and supplies?

"In the first place we really know how to stretch the dollar. We operate entirely on the generosity of the American people. I'd like to say that we had big corporate support in America but we don't. So it's the little checks from those people who send in the $5 and $10," Brock explained.

"What have you accomplished today?" Pelley asked.

"Approximately 600 people actually showed up here and we were able to do just about everybody I think we turned away about 15 people who are going to come back tomorrow anyway," Brock said.

The next day, Sunday, there were hundreds more. Tickets started again with number one. But now, the doctors were racing time. In hours they'd be heading home.

Nurse practitioner Teresa Gardner, who brought in a portable women's health clinic from Wise, Va., was worried about Rebecca McWilliams. McWilliams had surgery for cervical cancer in 2005, but without the recommended follow up.

"It's been two, about two years since I've had my last pap smear and I was supposed to have every six months and I've only had it once since that surgery," McWilliams told Pelley.

"I think many doctors would say you've taken a terrible risk waiting this long," Pelley remarked.

"I've really have. But it's just, like I said, it's very hard to afford it. I have three kids. And my husband lost his job this past summer," McWilliams, 28, explained.

McWilliams' pap smear came back clear, but in her exam Gardner found reason to worry. "I think just from the clinical inspection of the cervix that, you know, possibly, there is a possibility that cancer, you know, still being there," Gardner explained.

"You created this medical organization designed to go into Third World countries to go into remote places, and now doing 60 percent of your work in urban and rural America, what are we supposed to make of that?" Pelley asked Brock.

"For the 50 million or so people in this country, the one thing that is on their mind is 'What if I have a catastrophic event, a car crash, a heart attack,'" he replied. "'Because I either have no health insurance or I'm underinsured.' And, so this is a very, very weighty thing to be thinking about, knowing that your family is in great jeopardy."

Late Sunday, Joanne Ford's number was among the last. Pelley found her sitting by a stairwell. She's retired, living on disability with no insurance, and her glasses don't work anymore. She got in only to find out the vision care line had closed.

"There is no shame in seeking healthcare," Pelley remarked.

"No. You're right. You know, it really, I am sad that we are the wealthiest nation in the world, and we don't take care of our own. So. But it will be okay," she said.

And it did turn out okay after all. Someone at RAM noticed Ford's situation. They put her in the vision care line and examined her for a new pair of glasses.

But at the gate, many were waiting when the weekend ended.

In the expedition to Knoxville, RAM saw 920 patients, made 500 pairs of glasses, did 94 mammograms, extracted 1,066 teeth and did 567 fillings. But when Stan Brock called the last number, 400 people were turned away.

"What's going through your mind when you're reading off the last two or three numbers and you see so many more people at the gate than are going to be able to come in?" Pelley asked.

"Yeah, you know, that's the lousy part of this job. I mean, it's nice to be able to know that you've helped a bunch of people. But the reality is that we can't do everybody. At the moment, we're just seeing the thousands and thousands of people that we can, and the rest of them, unfortunately, have got to do the best they can without us," Brock said.

Since we first broadcast this story, Remote Area Medical has received close to $2.5 million in donations from 60 Minutes viewers. And Stan Brock has testified on Capitol Hill about health care.

Later this month, RAM will hold its biggest expedition of the year in Wise, Va. (Click here for a schedule.)

If the last few years are any guide, volunteers will see some 2,500 patients. And at the end of the weekend, they will turn away hundreds more.