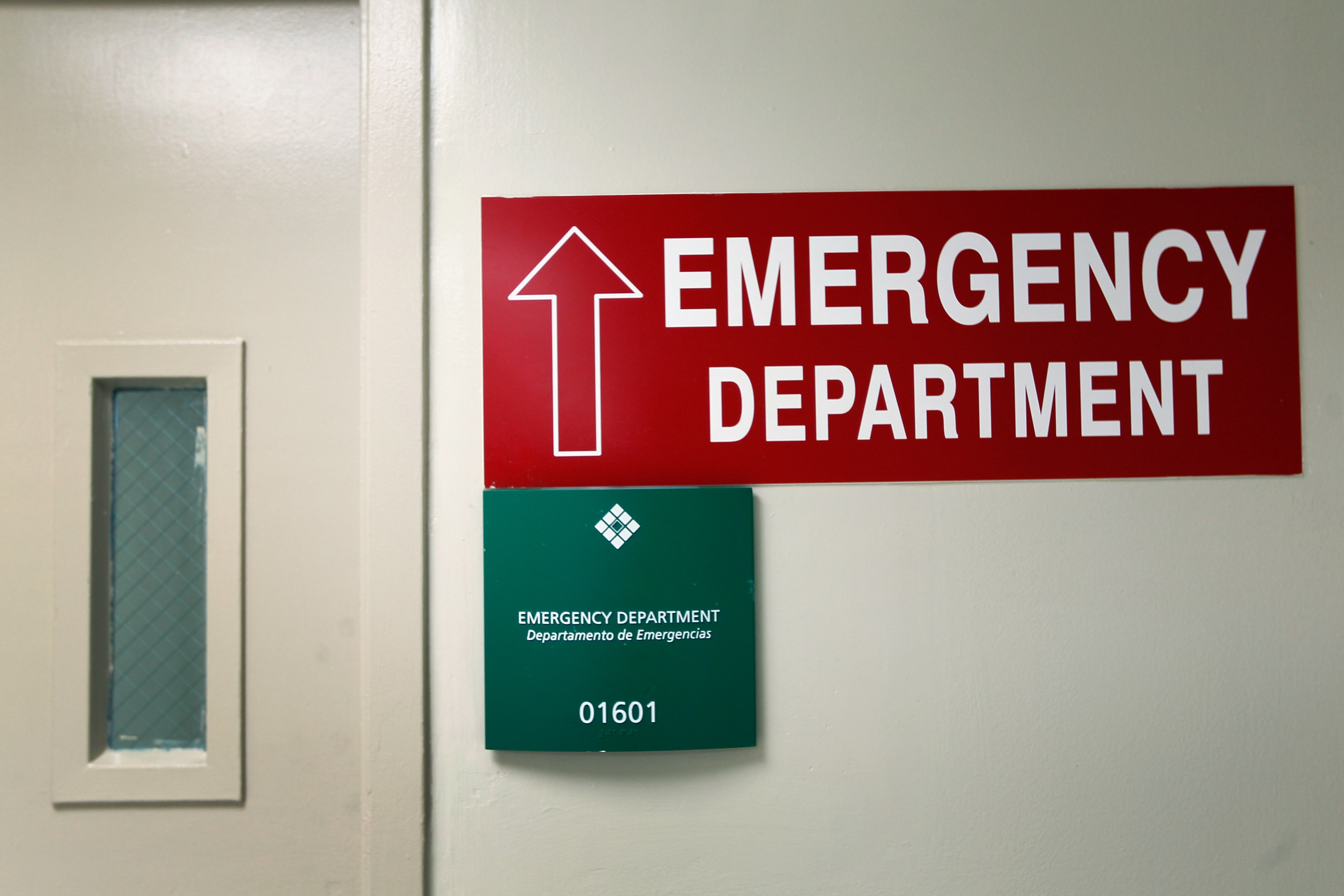 WASHINGTON -- People seeking urgent medical care could face longer wait times and other challenges as demand increases under Obamacare, U.S. emergency doctors said in a report on Thursday that gives the nation's emergency infrastructure a near failing grade.

In its latest "report card," the American College of Emergency Physicians said such reduced access earned the nation a "D+" - that's down from the overall "C-" grade from the group's last report in 2009.

Shortages and reduced hospital capacity make it more difficult to access emergency care, the group said. It also warned about the impact on disaster preparedness.

While the report does not measure the actual quality of care provided, it does offer a snapshot of national and state policies affecting emergency medicine as seen by providers.

Washington, D.C., was ranked the highest in the report, earning a "B-" grade, while Wyoming ranked last and was the only state to earn an overall failing grade of "F."

The group's task force looked at scores of measure in five major categories - access to care, quality and patient safety, liability, injury prevention and disaster preparedness - and relied on data from the Centers for Disease Control and the Centers for Medicare and Medicaid Services, among others.

The report comes just as the Affordable Care Act, also known as Obamacare, comes into full effect this year. The 2010 law aims to expand access to health insurance and reduce the nation's healthcare costs, but it has become a political flashpoint amid a troubled rollout of the federal insurance exchange website.

While the physician's report does not factor in all of the effects of the law - its grades are based on data from early 2013 - emergency rooms could be used even more as more Americans gain insurance coverage under Obamacare, it said.

Some health experts have predicted that increasing the number of insured patients should reduce pressure on hospital emergency rooms because access to regular doctor care will improve, something that is hoped would prevent chronic conditions from spiraling out of control or help catch other problems before they worsen.

But insurance coverage could also lead those who might have held off going to the emergency room to seek care, said Jon Mark Hirshon, an emergency medicine doctor and researcher at the University of Maryland who oversaw the group's report card.

Newly insured people also may have a hard time finding a regular doctor who accepts their plan, he said.

The group is asking for congressional hearings to probe whether the law puts "additional strains" on emergency rooms.

Despite the dismal U.S. grade given by the group, it noted that policies and infrastructure varied widely by state.

States with the best emergency care include Massachusetts, Maine, Nebraska and Colorado, while Kentucky, Montana, New Mexico and Arkansas rounded out the bottom, just above Wyoming.

States are also still grappling with the uninsured. By law, hospitals must provide emergency care regardless of patients' ability to pay. Under Obamacare, states can  expand access to Medicaid, the federal-state health insurance plan for the poor.

One study this month showed Oregon patients given Medicaid through a lottery increased their emergency room use by 40 percent compared to those not offered Medicaid.

"We have to be leaner and more efficient, but it just becomes more and more challenging," Hirshon said.