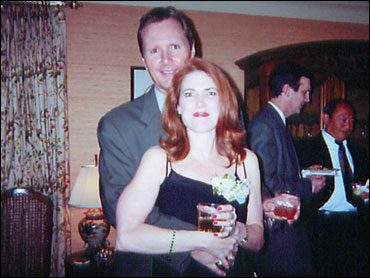 The two Americans on board a missing Air France plane were a geologist and his wife headed to Europe for work and vacation, a spokesman for his employer said Tuesday.

The airliner disappeared over the Atlantic Ocean late Sunday en route from Brazil to Paris with 228 people on board. Brazilian military pilots searching for the plane spotted floating debris Tuesday but no signs of life.

Anne Harris, 54, was a physical therapist who put herself through school while a single mother, her sister, Mary Miley, told the Lafayette, La., newspaper The Advertiser. She was originally from Lafayette.

"They were both gregarious, caring, patient, kind, fun-loving individuals," she told The Advertiser. "My only comfort is that they died together."

Miley said the couple lived in Lafayette until 2004. They had been married for 16 years, and Anne Harris' son, a pilot with Continental, lives in their house in the Spring area outside Houston.

Minty said Michael Harris had started with Devon as a Houston-based contractor in 2004 and became a full-time employee there in 2006. He moved from Devon's Houston office to Rio de Janeiro in July.

He was a native of Greenville, S.C., said his sister, Barbara Harris Sorkin. "I'm going to miss him terribly," she told the Greenville News.

"Words cannot describe right now the emptiness we all feel for them and their families, and all the other families on that flight," Pandora Vickery, a friend of the Harris couple, told CBS News by phone. "It's tragic."