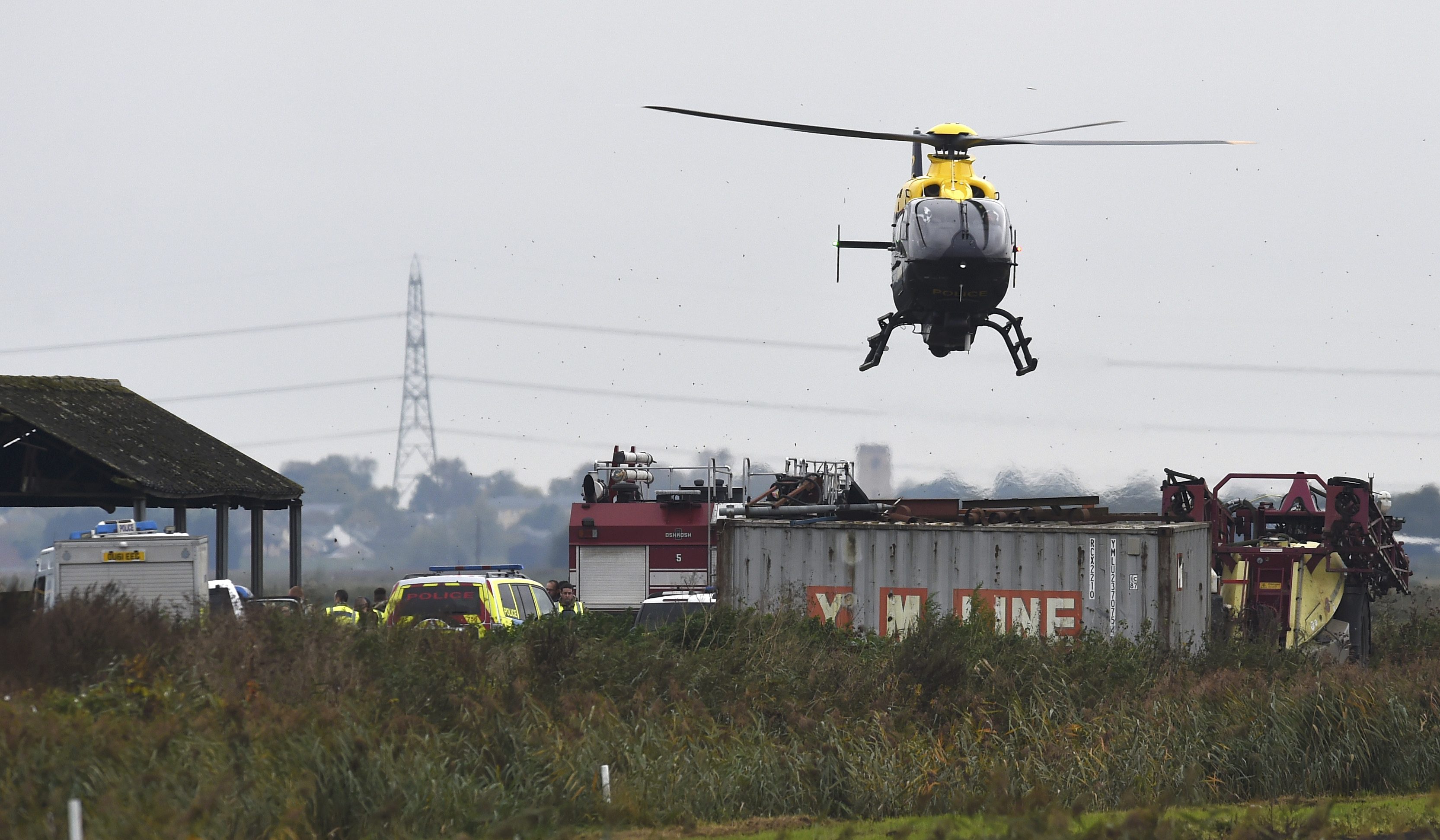 LONDON -- The pilot of a U.S. Marine Corps F-18 was killed Wednesday when the plane crashed after taking off from a British air base in eastern England, U.S. and British officials said.

The U.S. Embassy in London and the Marine Corps confirmed the death of the pilot, who was not immediately identified. It was not yet known whether the pilot ejected from the single-seat aircraft. No other casualties were reported.

The plane was an F-18C Hornet from the Marine Attack Fighter Squadron 232 based in the Marine Corps Air Station Miramar in California, the Marine Corps said. The jet was one of six going from Bahrain to Miramar when it went down six miles near Lakenheath airfield in eastern England, it added.

The other five planes were safely diverted to a nearby air base.

Cambridgeshire Police said the jet crashed after it had taken off from Lakenheath.

U.S. Ambassador to the U.K. Matthew Barzun tweeted his condolences:

The twin-engine F-18 comes in single-seat and two-seat versions.

A year ago, a U.S. Air Force F-15 crashed in a field near the air base. The pilot was not seriously hurt.

In January 2014, four U.S. Air Force crew members based at Lakenheath died when their helicopter hit a flock of geese and crashed during a training mission.