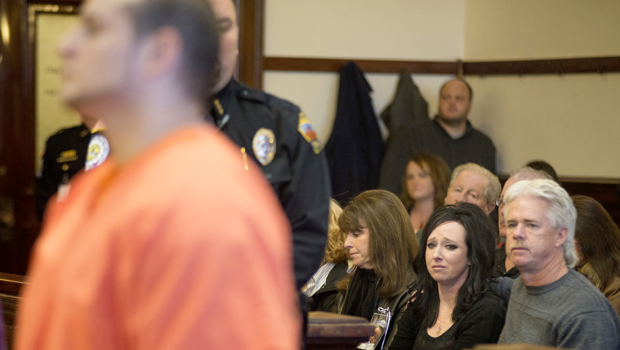 The federal government's failure to enforce the nation's child protection laws is a "national disgrace" that leaves abused children vulnerable to future harm, according to a three-year study by two child advocacy groups.

The 110-page report released Tuesday identified some of the same failures reported in December by The Associated Press after an eight-month investigation into hundreds of children who died of abuse or neglect in plain view of child protection authorities.

"Our laws are weak. We don't invest in solutions. Federal laws aren't enforced. And courts are turning their backs. This creates a trifecta of inertia and neglect," said Amy Harfeld, policy director at the Children's Advocacy Institute at the University of San Diego School of Law, which wrote the report with the nonprofit group First Star.

AP's investigation, published Dec. 18, also revealed a system in crisis, hobbled by weak federal oversight, budget constraints, worker shortages and a voluntary data collection system so flawed that nobody can say with accuracy how many children die from abuse or neglect each year.

The AP found that at least 786 children died of abuse and neglect over a six-year span - many of them beaten, starved or left alone to drown - while agencies had good reason to know they were in danger. That figure represents the most comprehensive statistics publicly available, but the actual number who died even as authorities were investigating their families or providing some form of protective services is likely much higher because antiquated confidentiality laws allow many states to withhold vital information, shrouding their failures.

The federal government estimates an average of about 1,650 children have died annually from abuse or neglect in recent years, whether or not they were known to the child welfare system, but many experts believe the actual number is twice as high. And many more suffer from near-fatal abuse and neglect every year.

"Almost everything that happens to these children is cloaked in endemic secrecy, and most efforts by the media and advocates to provide the public with much needed transparency - which leads to accountability - are thwarted by the very governmental entities and officials who have turned their backs on their official duties to children," the groups said.

Michael Petit, who was appointed by President Barack Obama to serve on the Federal Commission to Eliminate Child Abuse and Neglect Fatalities and serves as adviser to the advocacy group Every Child Matters, said he agreed with what he has read thus far in the report, entitled "Shame on U.S."

"The report is saying what a lot of people have been experiencing," Petit said, who wasn't speaking on the commission's behalf. "I share many of those sentiments that thefederal government is not providing the kind of oversight needed."

The Children's Advocacy Institute and First Star fault all three branches of federal government for failing to protect children. The U.S. Department of Health and Human Services is responsible for implementing and enforcing federal child welfare laws and programs, but the agency largely takes a hands-off approach, allowing states to self-certify that they are in compliance with federal requirements.

"There is no meaningful oversight and the states know it," the report said.

Agency spokeswoman Laura Goulding did not immediately return a call and an email seeking comment on the report Monday. Congress needs to mandate that HHS impose fines, withhold funds or take other punitive actions when states don't follow federal regulations, the report said.

Because HHS and Congress so rarely hold states accountable for their failings, filing a lawsuit is usually the only way private parties can challenge problems within the child welfare system. But lawsuits are time consuming, expensive and often limited in their reach, covering violations in only one state or county rather than widespread systemic failures, the groups said.

"Federal courts have turned their backs on private attempts to enforce federal child welfare law and Congress has shown little interest in advancing the law itself," the report said.

"When something goes wrong, usually you hear that the state child welfare agency is a wreck or that the governor is stepping in to fire someone," Douglas said. "But increasingly judges are going to be on the radar about the important role that they play in determining these kids' safety. Judges are not trained social workers, so are we sure they always know the risk factors when deciding children should be sent back home?"