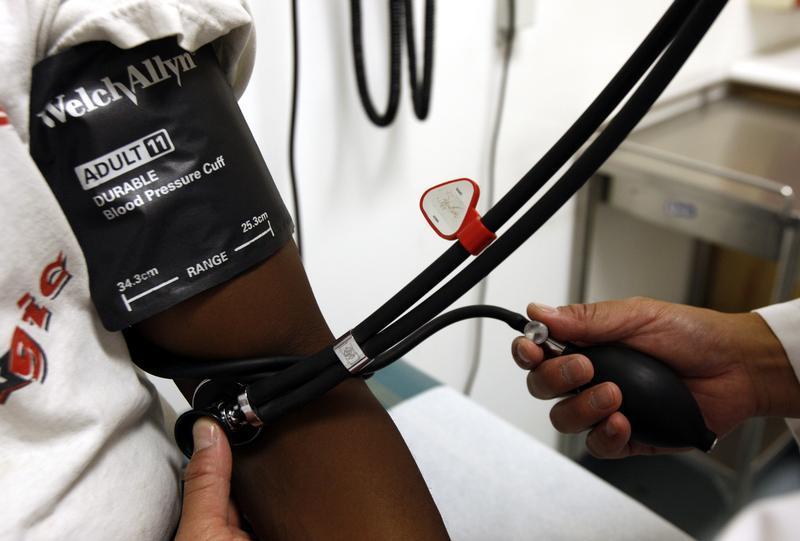 CHICAGO Many older adults with high blood pressure can be treated less aggressively, which could mean taking fewer pills to get it under control, according to new treatment guidelines from a U.S. expert panel. But not all experts are on board with the advice - including the government agency that appointed the group.

Panel members stressed that they are not changing the definition of high blood pressure: 140 over 90.  For adults aged 60 and older, they are recommending a higher treatment threshold, prescribing medicine only when blood pressure levels reach 150 over 90 or higher.

Too aggressive blood pressure treatment can cause fainting and falls in older patients, or bad interactions with drugs they're already taking for other illnesses, panel members said.

The panel does endorse the lower target of 140 over 90 for younger adults - and for all adults who also have diabetes or kidney disease.

The guidelines released Wednesday are based on a review of the most rigorous kind of medical research - studies in which patients are randomly prescribed drugs or dummy pills - published since the last update in 2003. The research suggests older patients can avoid major health problems like heart attacks, strokes and kidney disease even when their blood pressure is above the current recommended level, the panel said.

For many patients, two or three drugs - or more - are needed to bring their blood pressure down. Many older adults could probably reduce their doses, or take fewer drugs, to reach the new, less strict target, said Dr. Paul James, a panel member and family medicine specialist-researcher at the University of Iowa.

While the guidelines were updated by a government-appointed panel, they don't have the government's endorsement like previous versions. The panel completed its work earlier this year, around the same time that the National Heart, Lung and Blood Institute announced that it was getting out of the guidelines business and turning the job over to the American Heart Association and American College of Cardiology. Updated guidelines from those medical groups are expected in late 2014.

In the meantime, the heart association is raising concerns about the new recommendations, saying that many studies they are based on didn't last long enough to reveal dangers of undertreated high blood pressure in older patients. The panel also overlooked other evidence suggesting the 2003 government-backed recommendations are sound, said Dr. Elliott Antman, the heart association's president-elect. He noted that his group last month published a treatment formula that echoes the 2003 advice.

Dr. Gary Gibbons, the federal agency's director, issued a statement Wednesday emphasizing that his agency has not sanctioned the panel's report, nor has the broader National Institutes of Health. While noting that the panel decided not to collaborate with the heart groups' efforts, Gibbons said his agency would work with those groups "to transition" the panel's evidence review into their update. His statement did not address whether the agency opposes all the panel's recommendations.

James said panel members chose to release their guidelines independently to get the recommendations out sooner and into the hands of primary care doctors, who treat large numbers of patients with high blood pressure. The guidelines were published online Wednesday in the Journal of the American Medical Association.

Dr. Curtis Rimmerman, a Cleveland Clinic cardiologist, called the guidelines "exceedingly important" given the prevalence of high blood pressure, which affects about 1 in 3 U.S. adults, or 68 million.

Whether many doctors immediately adopt the advice "remains to be seen," he said. Rimmerman predicted that some will continue to push to get older patients' blood pressure lower than the new recommendation, especially those with previous strokes or heart problems.

The panel said their guidelines are simply recommendations, and that doctors should make treatment decisions based on patients' individual circumstances. The experts emphasized that everyone with high blood pressure can benefit from a healthy diet, regular exercise and weight control, which all can help lower blood pressure.