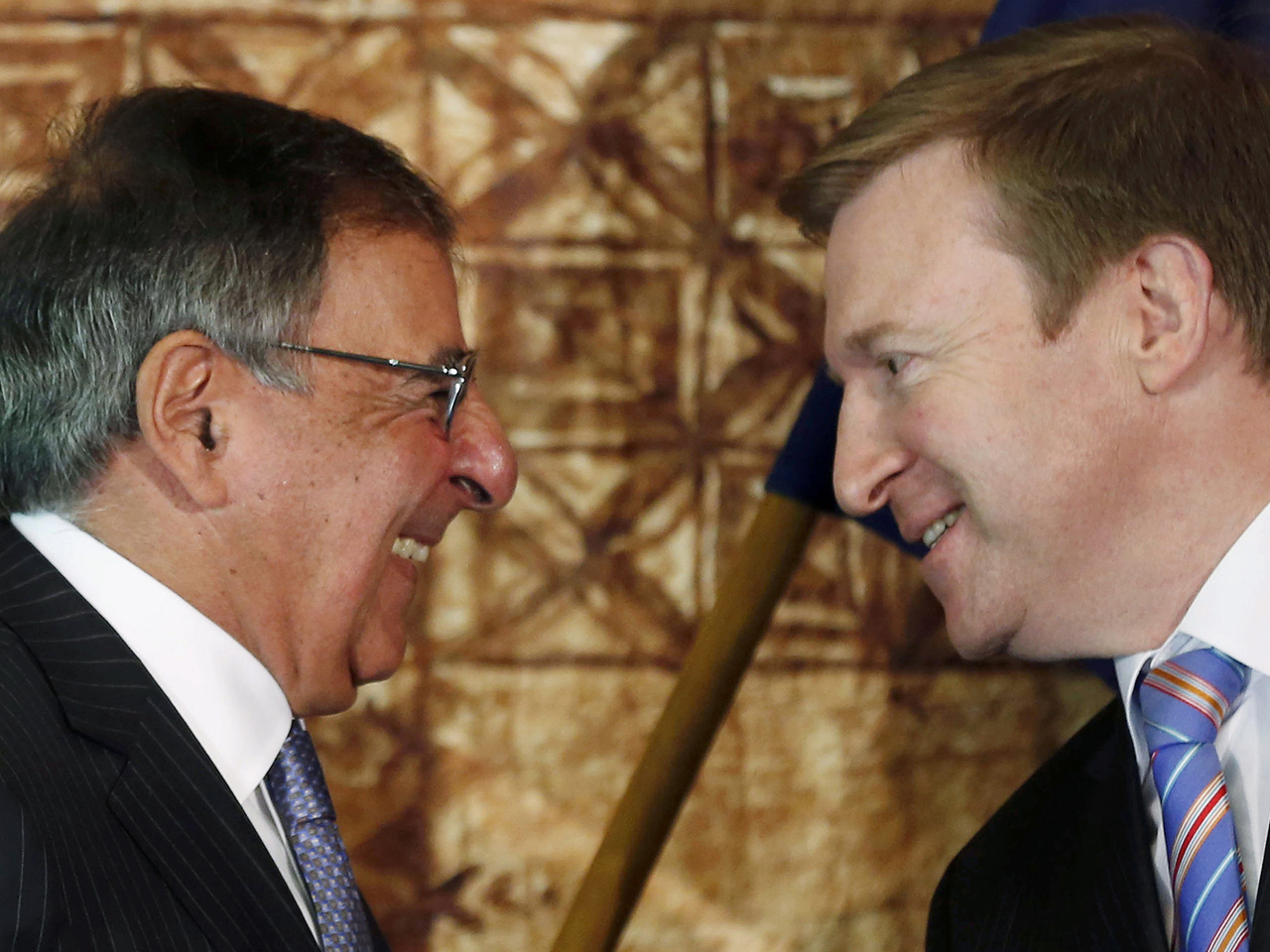 He said a policy change will allow the defense secretary to authorize individual visits. He said the U.S. also was removing restrictions to make it easier for the two militaries to engage in exercises and for leaders to hold security discussions as the U.S. refocuses attention on the Asia-Pacific region.

"While we acknowledge that our countries continue to have differences of opinion in some limited areas, today we have affirmed that we are embarking on a new course in our relationship that will not let those differences stand in the way of greater engagement on security issues," Panetta said.

He spoke during a news conference Friday at the Government House with New Zealand Defense Minister Jonathan Coleman.

New Zealand banned nuclear weapons from the country 25 years ago, so U.S. warships have not been able to enter its ports, and New Zealand ships were not allowed in U.S. military or Coast Guard ports.

The New Zealand minister, however, said his country's ban on nuclear warships will continue. But he said the U.S. has accepted that and the two countries have moved on.

Panetta's visit to New Zealand, the first by a Pentagon chief in 30 years, is part of a U.S. effort to rebuild military ties that were fractured over New Zealand's ban on nuclear warships.

In recent years, the relationship between the two countries has begun to thaw, and in June, officials signed a new defense agreement that focuses on building maritime security in the Asia-Pacific region, establishing regular policy dialogue and working together to counter threats.

The relationship between the two countries has improved significantly since New Zealand first sent troops to Afghanistan in 2003, and particularly since the center-right National Party, which is seen as U.S.-friendly, came to power in 2008.

Senior defense officials traveling with Panetta said there were no plans to sign a new defense treaty with New Zealand at this point.

Instead, they said leaders wanted to begin moving toward a new defense relationship that would allow greater defense cooperation, including counter-piracy measures, military exercises and training on amphibious ships.

Advancing military ties with New Zealand is part of the U.S. military's new focus on the Asia Pacific as the Pentagon shifts more troops and ships to the region. The U.S. hopes to work with New Zealand in the South Pacific, where the Wellington government has close ties with other island nations.

Panetta has been on a weeklong tour of the Pacific, with earlier stops in China and Japan. But throughout the trip, he has insisted that the new pivot to the Pacific is not aimed at containing or threatening China. The U.S., however, has been critical of China's military buildup and wary as Beijing expands it economic reach and trade through the Pacific.

The officials, who outlined U.S. goals for the visit, spoke on condition of anonymity because the meetings with New Zealand officials had not yet occurred.

Panetta came to thank New Zealand for its participation in the Afghanistan war. New Zealand has about 180 troops there, working as a provincial reconstruction team. So far, 10 New Zealand troops have been killed, with five of those deaths occurring in August, including the first female combat casualty in the nation's history.

Besides Coleman, Panetta also was to meet with Minister of Foreign Affairs Murray McCully and Prime Minister John Key.

The nuclear weapons ban is popular among the general public in New Zealand, but remains a sticking point for the U.S. in resuming a full military relationship. Officials said there is no consideration of sending only non-nuclear U.S. ships to New Zealand.

Still, there have been tangible steps in recent months to forge greater defense cooperation.

During a visit in May, U.S. Homeland Security Secretary Janet Napolitano signed agreements between the U.S. and New Zealand to improve and increase intelligence-sharing on international criminal organizations, improve the flow of passengers and cargo between the two countries, and better identify threats to air safety.

And earlier this year, U.S. Marines visited New Zealand for the first time in at least 25 years.

Iran regime claims teen died in a "fall." Mom says they killed her.