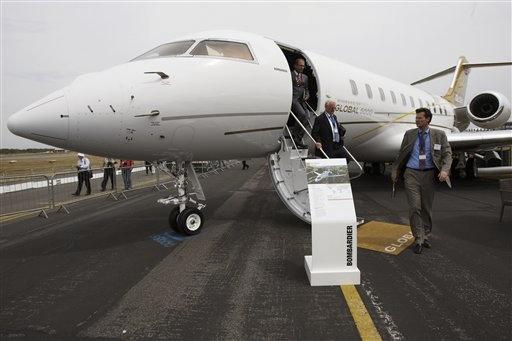 A rocket has hit the U.S. Embassy in Baghdad, killing two Americans who worked there and wounding five others on the eve of Iraq's elections.

The rocket fell into the embassy's compound near the building itself in the heavily fortified Green Zone in central Baghdad, according to an embassy official.

One civilian and one Navy sailor, both assigned to the embassy, were killed in the rocket attack, a military official said.

Of the four injured Americans, two were military, one was a civilian and the fourth was as yet underdetermined.

The embassy, housed in what used to be Saddam's Republican Palace, has been the target of repeated rocket and mortar attacks, reports CBS News Correspondent Charlie D'Agata. This is the first time one hit its mark.

American fighter jets roared through the skies in a show of force. Iraqi police and soldiers set up checkpoints through streets largely devoid of traffic.

The surveillance and patrols are part of a massive effort to throw the insurgents off-stride, reports CBS News Anchor Dan Rather in Baghdad.

But the curfew couldn't keep

Baghdad from becoming a shooting gallery
-- and killing ground -- with running gun battles and automatic weapons' fire echoing across the city throughout the night into midday. Several heavy detonations shook the downtown area in the afternoon.

Iraq's president predicted Saturday that most of his country's people will not go to the polls for a historic election Sunday, mostly because of security fears.

"We hope everyone will participate," President Ghazi al-Yawer said at a news conference the day before the vote. "But the majority prefer not to participate for fear of going out to polling stations."

He said a minority of people would not vote because they were boycotting the vote for political reasons. But he predicted most of those who stay away would do so because of their fears of attacks.

Overall, al-Yawer predicted that a majority of the country's eligible voters would not show up at the polls.

In a Kurdish town near the Iranian border, a suicide bomber detonated explosives strapped to his body in front of a police station, killing eight people, Iraqi and U.S. officials said.

Seven American soldiers were killed Friday in the Baghdad area, including two pilots who died in the crash of their OH-58 Kiowa Warrior helicopter.

West of the capital, in the insurgent bastion of Ramadi, five Iraqis with hands tied behind their backs were found slain Saturday on a city street. One of the bodies was decapitated. Militants accused them of working for the Americans.

Sunni Muslim extremists have warned Iraqis not to participate in the election Sunday, threatening to "wash the streets" in blood. Iraqis will chose a 275-member National Assembly and provincial councils in Iraq's 18 provinces. Voters in the Kurdish self-ruled area of the north will select a new regional parliament.

The suicide attack occurred in Khanaqin, 70 miles northeast of Baghdad on the Iranian border. Police Col. Mohammed al-Khanaqini said the man who carried out the suicide attack was wearing an explosives belt and detonated himself between a U.S. base and a courthouse.

Eight mortar shells landed at an Iraqi National Guard barracks in the central town of Suwayrah, killing one Iraqi soldier and wounding another, the Polish military said. South of Baghdad, rebels opened fire on U.S. Marines and Iraqi forces as they placed concrete blast barriers around polling stations south of the capital Saturday.

Attacks on polling stations were reported in at least eight cities from Dohuk in the far north to Basra in the south.

In Basra, however, hundreds of Iraqi police uniforms have gone missing in Iraq's second largest city and may be in the hands of insurgents to help them slip through checkpoints, according to a report by the British media pool.

Four police vehicles were stolen by insurgents from a prison at Umm Qasr south of Basra, British authorities said, raising fears the cars could be used in suicide attacks.

Members of the country's Shiite Muslim majority — estimated at 60 percent of the population — are expected to turn out in force for the ballot, encouraged by their clergy. A heavy turnout is also expected in Kurdish areas.

But the key issue is participation by Sunni Arabs, many of whom fear domination by the Shiites or face intimidation from insurgents active in Sunni areas.

An electoral commission official in one of the four Sunni provinces where turnout is expected to be light said voting would be "almost impossible" in some cities because of violence. Khalaf Mohammed Salih, a commission spokesman in Salaheddin province, said he expected violence to virtually shut down voting in the provincial towns of Beiji, Dour and Samarra.

Militant groups, meanwhile, have taken their campaign of intimidation to the Internet, posting threats of bloodshed and video footage of grisly slayings in hopes of scaring people away from the polls.

Iraqi election officials have begun delivering ballots to polling places in parts of the country, and Iraqi police have taken up positions around the sites.

The seven Americans killed Friday in Baghdad died in four separate incidents, including the Kiowa crash. U.S. officials said they do not believe the aircraft was hit by hostile fire; the cause of the crash was under investigation.

Three other soldiers died in a bombing in southwestern Baghdad, and the other two were killed in separate engagements elsewhere in the city, the U.S. command said.

The crash came two days after a U.S. helicopter transporting troops went down during a sandstorm in the western desert, killing 30 Marines and one sailor in the deadliest single incident for U.S. forces in Iraq since the March 2003 invasion.