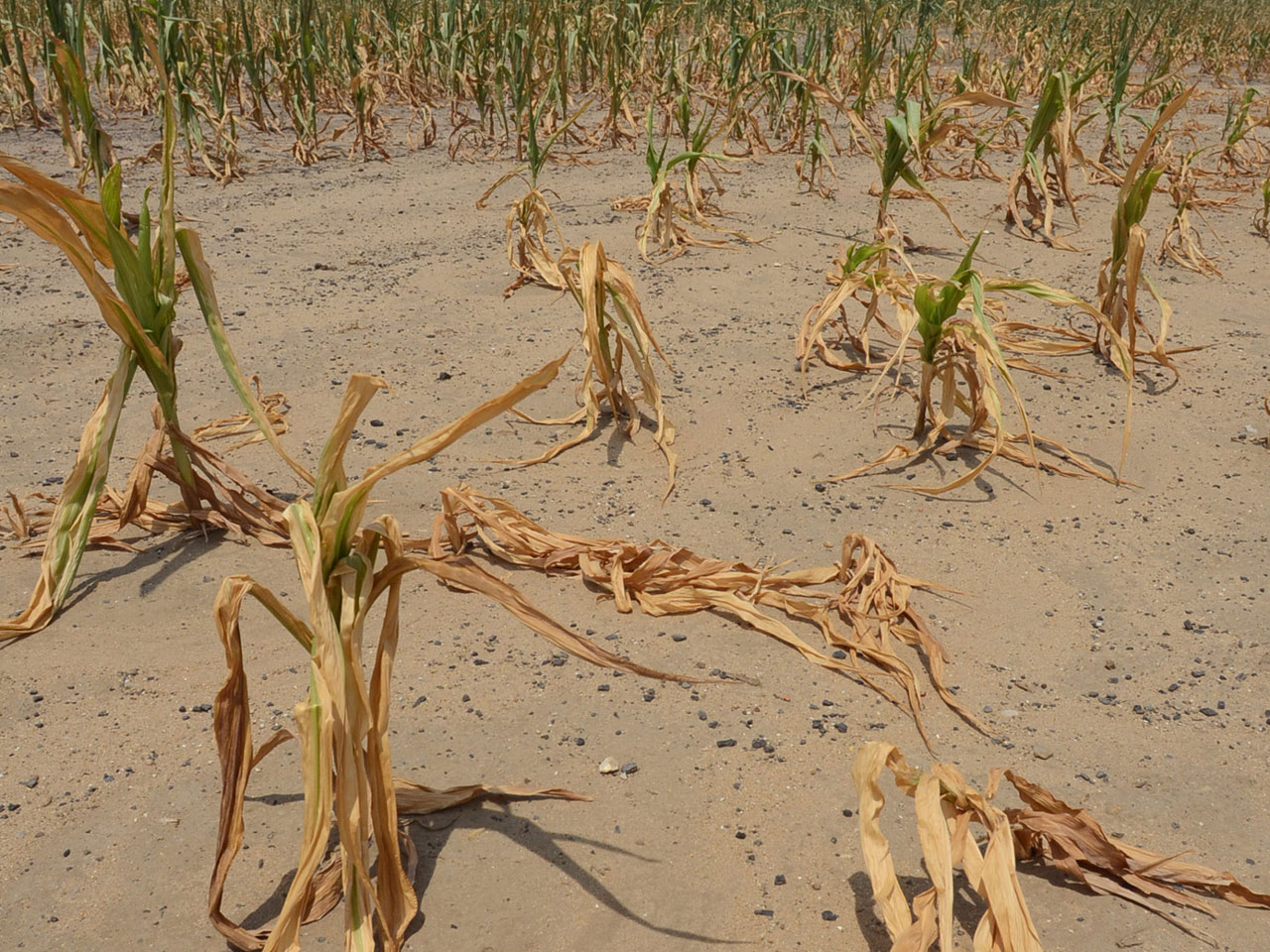 The U.S. Department of Agriculture's addition of the 218 counties means that more than half of all U.S. counties - 1,584 in 32 states - have been designated primary disaster areas this growing season, the vast majority of them mired in a drought that's considered the worst in decades.

To help ease the burden on America's farms, Agriculture Secretary Tom Vilsack on Thursday opened up 3.8 million acres of conservation land for ranchers to use for haying and grazing. Under that conservation program, farmers have been paid to take land out of production to ward against erosion and create wildlife habitat.

As of this week, nearly half of the U.S. corn crop was rated poor to very poor, according to the USDA's National Agricultural Statistics Service. About 37 percent of the U.S. soybeans were lumped into that category, while nearly three-quarters of U.S. cattle acreage is in drought-affected areas, the survey showed.

The potential financial fallout in the nation's midsection appears to be intensifying. The latest weekly Mid-America Business Conditions Index, released Wednesday, showed that the ongoing drought and global economic turmoil is hurting business in nine Midwest and Plains states, boosting worries about the prospect of another recession, according to the report.

Creighton University economist Ernie Goss, who oversees the index, said the drought will hurt farm income while the strengthening dollar hinders exports, meaning two of the most important positive factors in the region's economy are being undermined.