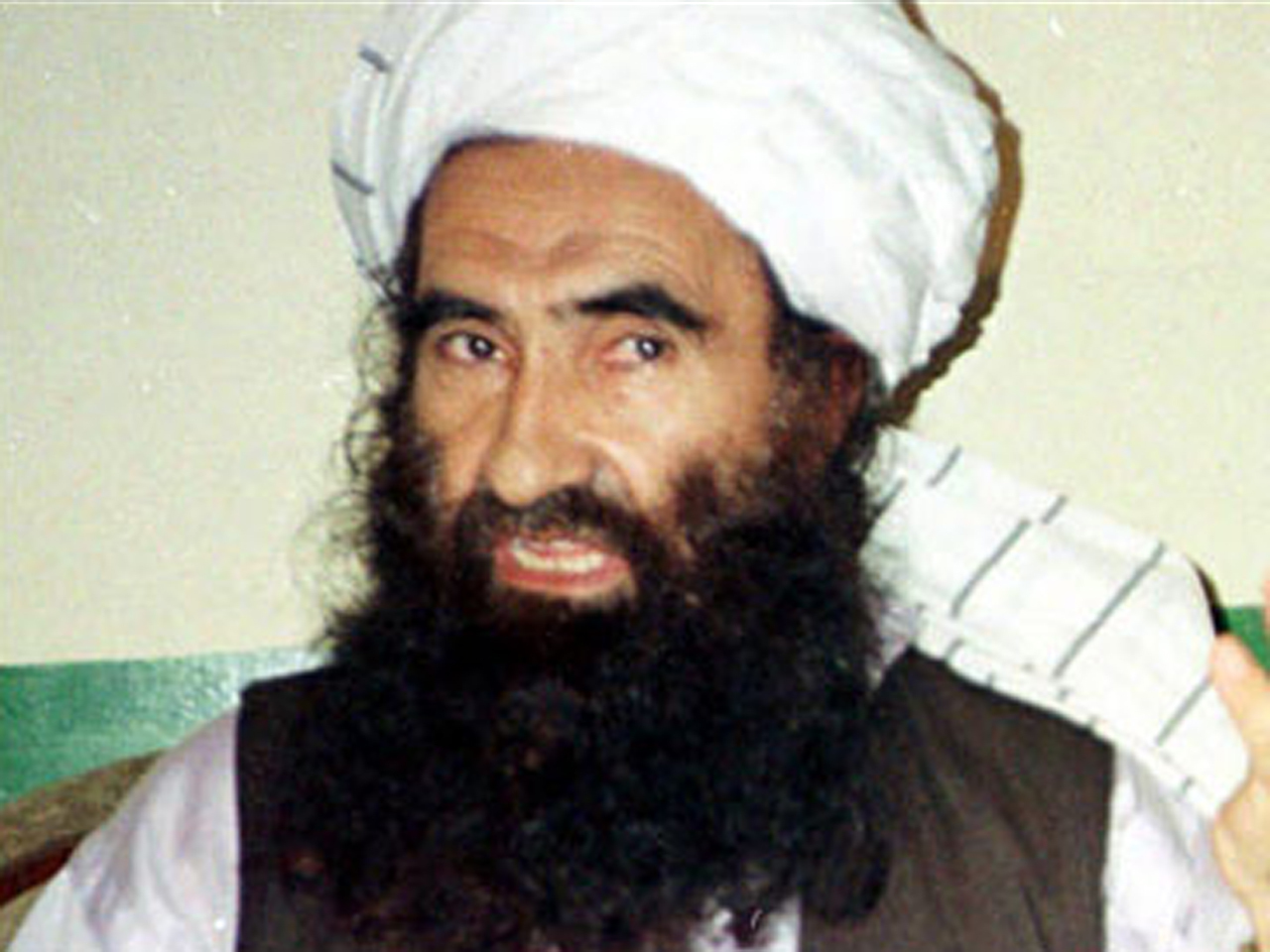 Secretary of State Hillary Rodham Clinton said she notified Congress of her decision, which bans Americans from doing any business with members of the Pakistan-based militant group and blocks any assets it holds in the United States.

"We also continue our robust campaign of diplomatic, military, and intelligence pressure on the network, demonstrating the United States' resolve to degrade the organization's ability to execute violent attacks," she said in a statement.

According to a senior U.S. official, it will likely take seven to 10 days for the designation process to be completed. The Haqqani network has been behind a large number of the attacks on U.S. and NATO troops in neighboring Afghanistan, and which U.S. officials have long pushed Pakistan's leaders to target more aggressively.

Designating the Haqqani network a terrorist organization is a complicated political decision as the U.S. withdraws from Afghanistan and pushes for a reconciliation pact to end more than a decade of warfare.

Enraged by a string of high-profile attacks on U.S. and NATO troops, Congress set a Sunday deadline for the administration to make a decision. U.S. officials say there were disagreements within the administration over what to decide.

The U.S. already has placed sanctions on many Haqqani leaders and is targeting its members militarily but has held back from formally designating the al Qaeda-linked network a terrorist group amid concerns about hampering peace efforts in Afghanistan and U.S. relations with Pakistan.

The Haqqani network is also believed to be holding U.S. soldier Bowe Bergdahl captive - the only U.S. service member held by militants in the region.

Reacting to the news, senior commanders of the group told Reuters it showed the U.S. wasn't sincere about peace efforts in Afghanistan and that Bergdalh would face "hardship" as a result.

Nadeem Hotiana, spokesman for the Pakistani Embassy in Washington, said it was an "internal matter for the United States. It is not our business. The Haqqanis are not Pakistani nationals. We will continue to work with all international partners including the U.S. in combating extremism and terrorism."

The U.S. long has branded the network among the biggest threats to American and allied forces in Afghanistan, and to Afghanistan's long-term stability. A subsidiary of the Taliban, it is based in northern Pakistan but crosses the border to launch attacks, including a rocket-propelled grenade assault on the U.S. Embassy and NATO compound in Kabul in September.

But the group's increasingly prominent role in the insurgency and its close links to Pakistan's intelligence service complicate matters.

The Obama administration has been trying to coax Afghanistan's fighting groups into peace talks, offering the prospect of a Qatar-based political office for insurgents and even the transfer of several prisoners being held at the U.S. naval base at Guantanamo Bay, Cuba. Negotiations have been dormant for months, and the Haqqanis have been among the least interested in talking.

The group also has enjoyed a close relationship with Pakistan. The U.S. and its often reluctant counterterrorism ally have been at loggerheads over the Haqqanis for years, with Washington accusing Islamabad of giving the network a free hand in the remote North Waziristan region and even providing it with some logistical support.

Pakistan says that its forces are stretched thin in fighting an insurgency that already has killed more than 30,000 people and that it cannot also take on the Haqqanis. Many analysts attribute the military's reluctance to its historical ties to the Haqqani network's founder, Jalaluddin Haqqani, and an assessment that the group can be an important ally in Afghanistan after U.S. forces withdraw in 2014.

In July, Congress set a deadline to prod the Obama administration into imposing blanket sanctions on the group by designating it a foreign terrorist organization. If Clinton and other officials had decided to withhold the designation, they would have had to explain why.

U.S. officials cited disagreements about the designation. Some favor the designation, while others worry that it would elevate the Haqqanis from their current status as an amorphous, tribal movement. That could end up hurting counterterrorism efforts by increasing their appeal among would-be jihadists.

Last month, the U.S. scored a major counterterror success when an unmanned drone strike in Pakistan near the Afghan border was said to have killed one of Jalaluddin Haqqani's sons, Badruddin.

Badruddin was considered a vital part of the Haqqani structure.

The State Department said in May 2011 that Badruddin Haqqani sat on the Miram Shah Shura, a group that controls all Haqqani network activities and coordinates attacks in southeastern Afghanistan. It also blamed him for the 2008 kidnapping of New York Times reporter David Rohde.

Jalaluddin Haqqani created his network while serving as a leader in the decade-long insurgency against the Soviet occupation of Afghanistan, which began in 1979. He developed extensive foreign contacts, getting money, weapons and supplies from Pakistani intelligence, which in turn received billions of dollars from the U.S. and Saudi Arabia.

He served as Afghanistan's justice minister after the Soviets left and minister of tribal and border affairs after Taliban fundamentalists seized power in 1996. He joined the Taliban insurgency when the U.S. helped overthrow the regime after the Sept. 11, 2001, terrorist attacks.

Haqqani effectively retired in 2005, passing responsibility for day-to-day operations to his son Sirajuddin, who is accused of expanding the network's kidnapping and extortion operations. Reports also accuse the Haqqanis of lucrative drug trafficking and smuggling activity.

The U.S. already had designated Haqqani and his sons individually as terrorists.