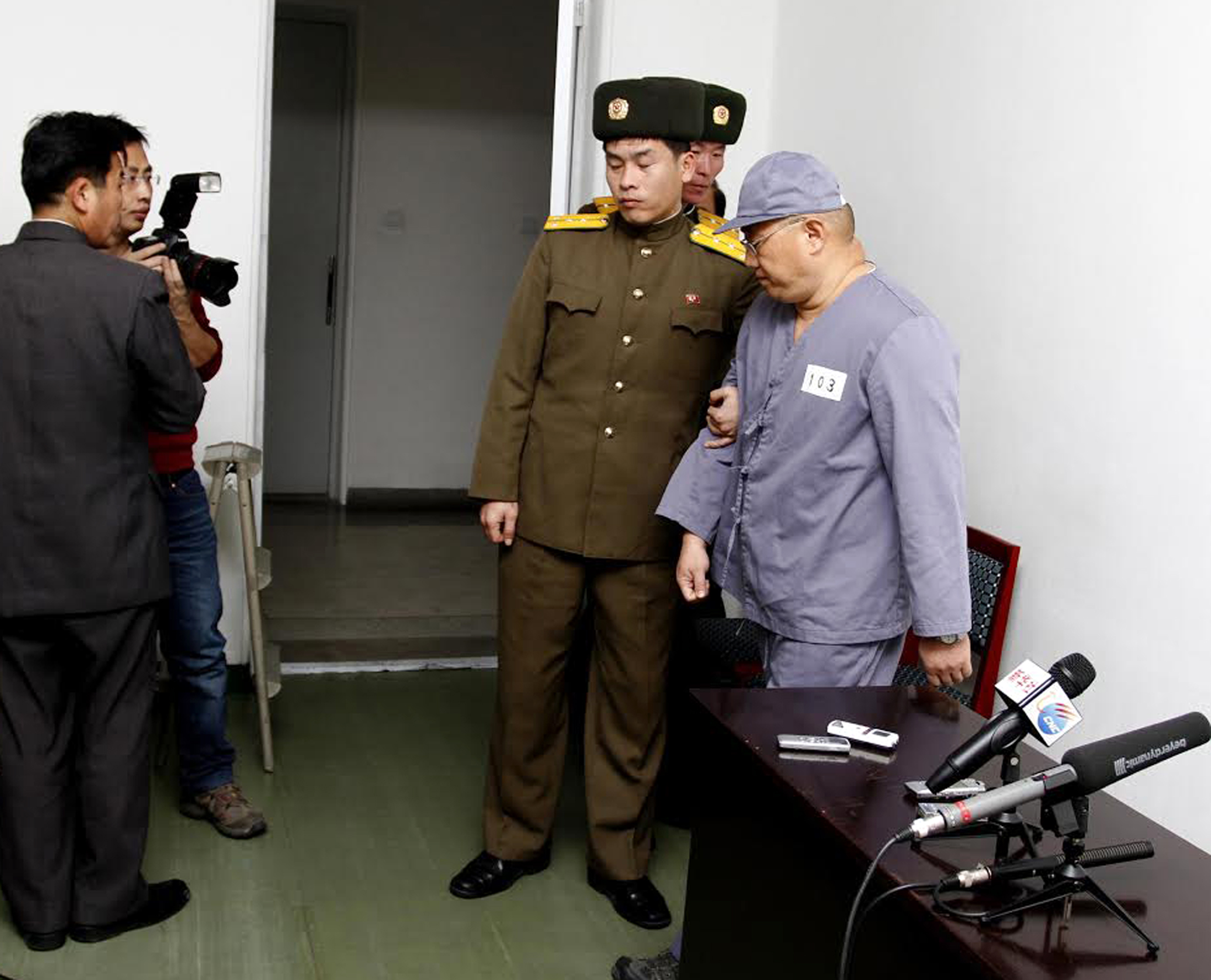 SEATTLE - A U.S. citizen detained in North Korea for 15 months has been returned to a labor camp, prompting worries about his health, his sister said Friday.

Kenneth Bae, who led tour groups in North Korea, was arrested in late 2012 and sentenced to 15 years hard labor for unspecified hostile acts. Calls for his release on humanitarian grounds have gone unanswered. After he lost 50 pounds, he was moved last summer to a hospital from a prison work camp where he had been farming vegetables.

His sister, Terri Chung of Edmonds, Wash., said her family learned from the U.S. State Department on Friday that Bae was taken back to the labor camp on Jan. 20 - the same day Bae appeared before news reporters in Pyongyang, wearing a prison uniform stamped with the number 103.

"He's back to eight-hours-a-day, six-days-a-week hard labor," she said. "We can't help but be concerned about that."

The news coincided with the release of a story in a pro-Pyongyang newspaper based in Japan, Choson Sinbo, reporting that a U.S. envoy was expected to visit Bae.

State Department spokeswoman Jen Psaki did not comment directly on the report, and she gave no indication that an invitation had been extended by North Korea. Psaki reiterated that the U.S. has made a longstanding offer to send its envoy on North Korean human-rights issues, Robert King.

In its report, Choson Sinbo said a reporter had interviewed Bae at the prison, and Bae said he had been notified that King could visit as soon as Monday and no later than the end of the month.

Such diplomatic outreach to North Korea is unpredictable, particularly as Washington and Pyongyang do not have formal ties. The North invited King to visit in late August to seek a pardon for Bae, but withdrew the invite at the last minute, to protest U.S. military exercises. More military drills between the U.S. and South Korea are planned this month.

Analysts say North Korea has previously used detained Americans as leverage in its standoff with the U.S. over its nuclear and missile programs, although Pyongyang said last May it would not use Bae as a bargaining chip.

Bae, a 45-year-old father of three, was born in South Korea and immigrated to the U.S. with his parents and sister in 1985. He had been living in China as a Christian missionary for about seven years before his arrest. Within the last few years, he began leading small tour groups, mostly of American and Canadian citizens, into a "special economic zone" designed to encourage commerce in northeastern North Korea.

The State Department and Vice President Joe Biden have requested his release, and on Thursday, President Barack Obama echoed those calls at the annual National Prayer Breakfast in Washington, D.C.

"We pray for Kenneth Bae, a Christian missionary who has been held in North Korea for 15 months," Obama said. "His family wants him home, and the United States will continue to do everything in our power to secure his release because Kenneth Bae deserves to be free."

At his news conference Jan. 20, Bae urged the U.S. to work for his release: "I believe that my problem can be solved by close cooperation and agreement between the American government and the government of this country." He also apologized to North Korea and said he had committed anti-government acts.

Bae's news conference came weeks after North Korea freed an elderly American veteran of the Korean War, Merrill Newman, who had been held for weeks for alleged crimes during the 1950-53 conflict.

Bae's family has said he suffers from diabetes, an enlarged heart, liver problems and back pain. When his mother was allowed to visit him last October, he could only stand for 30 to 45 minutes at a time, his sister said.