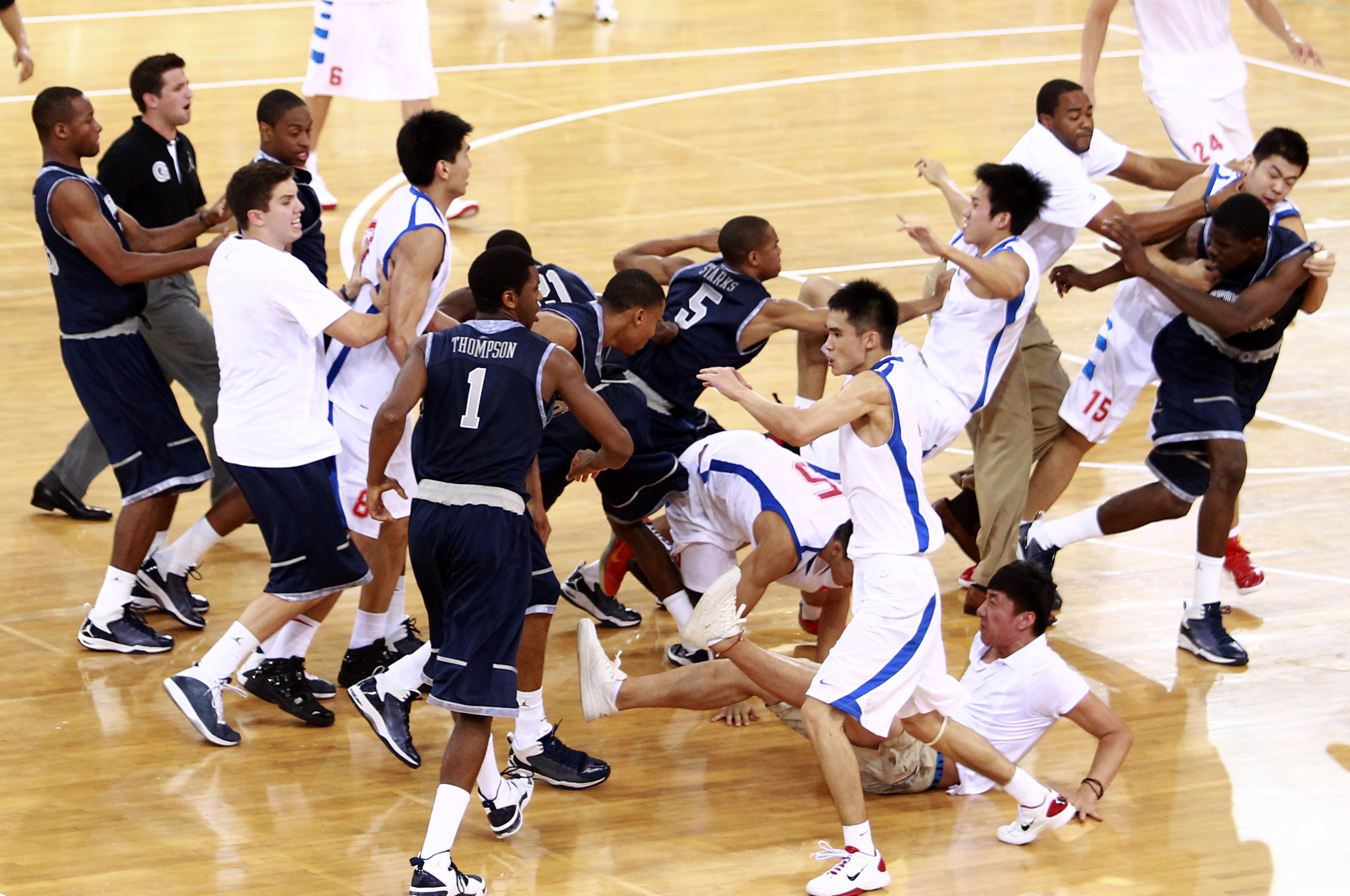 The fight between the Georgetown University men's basketball team and the Bayi Rockets on Thursday night in Beijing forced the game to end early. Biden did not attend the game. However, on Wednesday he watched the Georgetown team beat the Shanxi Zhongyu Brave Dragons 98-81.

"Tonight, two great teams played a very competitive game that unfortunately ended after heated exchanges with both teams," he said. "We sincerely regret that this situation occurred."

The brawl Thursday was the latest instance of on-court fighting by China, whose players have been fined tens of thousands of dollars by the world and Asian federations for scrapping with opponents.

The Washington Post reports the melee broke out in the fourth quarter as members of both teams tackled and threw punches at one another. Chairs and water bottles were also thrown as the Georgetown players left the court with about nine-and-a-half minutes remaining.

The Post reports that just before the melee was triggered when Bayi forward-center Hu Ke was called for a foul against Georgetown's Jason Clark. The senior guard took exception to the hard foul and said so to Hu, sparking an exchange of shoves. That's when players from the Georgetown and Bayi benches ran onto the court.

The Georgetown Hoyas are in China on a 10-day goodwill trip which has been cited by the U.S. State Department as an example of sports diplomacy that strengthens ties between the two countries' peoples. The team was briefed by the State Department ahead of its departure on what to expect during its trip to Beijing and Shanghai, according to news releases on the university's website.

"We remain grateful for the opportunity our student-athletes are having to engage in a sport they love here in China, while strengthening their understanding of a nation we respect and admire at Georgetown University," Thompson III said.

A U.S. Embassy official called it an "unfortunate" incident.

"We look to these types of exchanges to promote good sportsmanship and strengthen our people-to-people contact with China," the official said.

Earlier in the day, some friction also arose as reporters covering Biden's visit encountered some restrictions. During Biden's meeting with Chinese officials, White House press handlers believed they had an agreement that reporters would be permitted to remain in the room until Biden had completed his opening remarks.

However, Chinese security officers began telling reporters to leave while Biden was speaking, leading to whispered objections and some reporters being led from the room.

CBS News correspondent Celia Hatton had the story on "The Early Show."