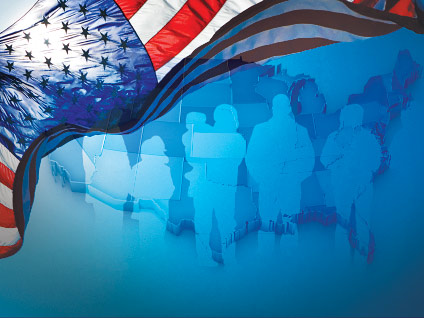 WASHINGTON For the first time, the Census Bureau is giving U.S. households a chance to respond to government surveys over the Internet, part of a bid to save costs and boost sagging response rates in a digital age.

The new online option will supplement the traditional census mail-out operation. It is a major shift for the agency, which has relied almost exclusively on paper forms since 1970 but is now moving toward a more Internet-based system after spending a record $13 billion on the 2010 census.

Beginning this week, more than 3.5 million U.S. households that are randomly selected each year to participate in the American Community Survey will be sent letters asking them to respond online. The ACS questionnaire, formerly known as the census "long form," asks households for wide-ranging details from education and income to disabilities, language use and commute times.

The Census Bureau also will add a new series of questions on computer and Internet usage to the survey, with data gathered becoming available beginning in 2014.

If households don't respond within two weeks, the Census Bureau will send out copies of paper surveys and follow up with interviews by phone or in person.

The Census Bureau said it is hoping to tap into the changing information habits of Americans, especially younger adults, who are increasingly turning to computers, tablets and smartphones for their communications. Over the last two censuses, the government has struggled with decreasing response rates, due to a combination of perceived inconvenience and concerns about revealing personal information in surveys.

Perhaps equally important, the Census Bureau believes higher response rates could eventually reduce costs, mainly by decreasing the need to mail out voluminous forms or dispatch hundreds of thousands of survey-takers each month to individual homes. At least initially, officials estimate the switch could shave $3 million off the price of conducting the American Community Survey, which costs taxpayers $215 million annually.

The American Community Survey is used to distribute more than $400 billion in federal funds for hospitals, roads and schools.

The ACS surveys being distributed this week mark the first time the government will offer an Internet option on such a wide scale to U.S. households, according to Frank Vitrano, the Census Bureau's associate director for the 2020 census. He said it currently offers the option in smaller surveys for more niche audiences, such as businesses. An Internet option also previously was provided on a limited basis in 2000, but only a small fraction of households participated. By 2010, census officials had backed away from an Internet-based survey, citing concerns of hacking and other security breaches.

Since then, countries such as Canada and South Korea have moved to make the Internet a regular part of their census operations. In more recent U.S. tests, about 50 percent of households responded when allowed to respond via the Internet, census officials said. The Census Bureau also has taken additional steps to boost digital security, requiring users to enter a randomly generated user ID to enter the survey site.

The Census Bureau for years has been urged by members of Congress to move to an Internet-based system, partly to help cut costs. But concerns remain as it is studied for use in the 2020 census, which counts the entire U.S. population rather than a representative sample. The once-a-decade count has traditionally missed hard-to-track groups such as minorities, the homeless and the poor, who also may be less likely to have access to computers.

Recent government tests have shown that U.S. residents who are more likely to respond to surveys online are younger, Asian, non-black, or `other' race, with higher education. Those living in larger households as well as those who speak a language other than English at home also were more likely to fill out Internet forms.

Reaching hard-to-count groups has been a major factor behind ballooning costs to the census, which sustains its biggest costs when it has to send survey-takers to households.

"An Internet option cannot come at the expense of reaching hard-to-count communities. Because of disparities in Internet access, this is no silver bullet to increasing response rates and could make racial and language minorities, as well as rural residents, even harder to count than they are now," said Wade Henderson, president and CEO of the Leadership Conference on Civil and Human Rights, a coalition of various civil rights groups.

"The bureau cannot use this as an excuse to scale back the field offices and programs that ensure everyone gets counted, regardless of race, language, or zip code," he said.

Census officials say planning for the 2020 census is under way, and that money saved by implementing an Internet option could possibly be used to pay for additional efforts to track hard-to-count groups.