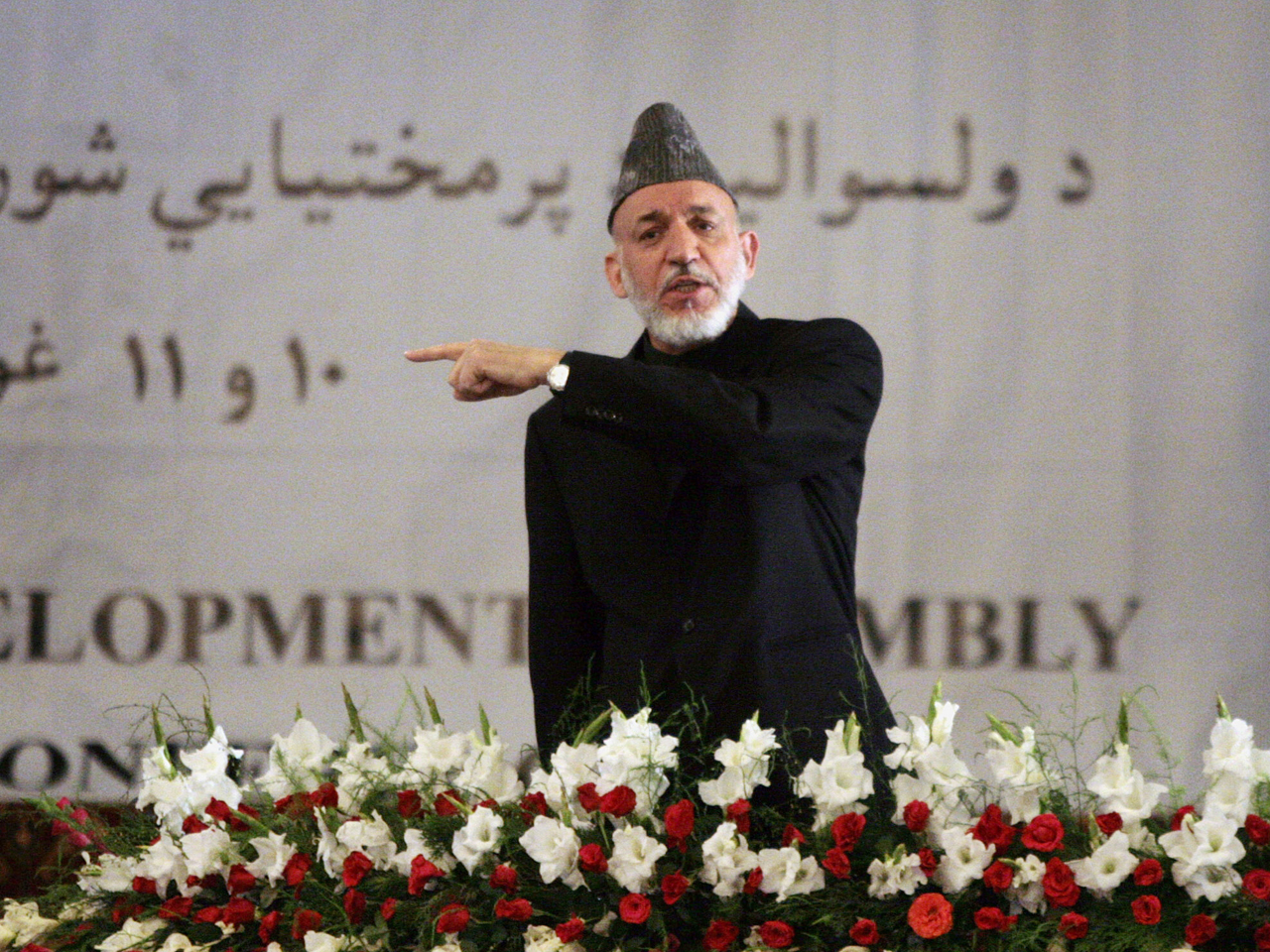 KABUL, Afghanistan - U.S. and NATO officials sought to reassure Afghans on Monday that Osama bin Laden's death will not weaken their mission in Afghanistan, even as the Afghan president said the successful strike in Pakistan shows that the fight against terrorism should focus more outside his country's borders.

The conflicting statements underscore the confusing nature of the war in Afghanistan, where Afghans alternately chafe under and need international forces.

When he decided to expand the U.S. military force in Afghanistan in 2009, President Barack Obama said the goal was to "disrupt, dismantle, and defeat al Qaeda" — a goal some could say has been met by its leader's death.

Now it's unclear what bin Laden's demise will mean for the future of Afghanistan, where about 150,000 NATO troops — most of them American — are embroiled in daily fighting with Taliban insurgents. On Saturday, the Taliban announced the beginning of their spring offensive after showing their strength with a string of deadly attacks on government and military compounds.

Bin Laden and his international terror network of al Qaeda were allied to Taliban, but the Afghan militants existed on their own long before and operate largely independently and the al Qaeda leader's death might have little effect on their battle against the Afghan government.

President Hamid Karzai, for his part, lauded bin Laden's death as a serious blow to terrorism.

"American forces have killed Osama bin Laden, delivering him his due punishment," Karzai told an assembly of district government officials in Kabul, prompting the hall to erupt in applause.

But Karzai also used his speech to again chastise international forces for concentrating so much of their military effort in Afghanistan rather than in neighboring Pakistan, where al Qaeda and Taliban leaders reportedly live.

Yet as Karzai channels popular anger against the international forces, who occasionally kill civilians in their operations, he could not rule without their support. Without these international allies, the country could well fall back into civil war.

U.S. ambassador Karl Eikenberry and NATO were quick to issue statements promising Afghans that American forces would not abandon the country, even though bin Laden was dead.

Many Afghans, however, expressed little worry that the death of the 54-year-old Saudi militant would spell the end of the international mission, where U.S. troops are deeply embroiled.

"Afghanistan is a very strategic place for U.S. troops. They want to be present in this region, they are discussing having permanent bases," said Abdul Satar Kahawsi, a parliamentarian from eastern Parwan province.

Kahawsi said few Afghans even believe that the announced July drawdown of troops will really be significant because of Afghanistan's proximity to Pakistan and Iran.

One effect of bin Laden's death might be an increased willingness of the Taliban to reconcile with the government, suggested some Afghans.

"I think that now the Taliban will be free to make their own decision, and maybe these peace negotiations will finally have some success. They are also Afghan and we can't fight with them forever," said Agha Lalai, a member of the government council for southern Kandahar province.

An elderly man in Kandahar city who said he remembered when bin Laden arrived there said that the al Qaeda leader manipulated the Taliban and soon took control over the organization.

"All the power belonged to bin Laden and Mullah Omar was just a front," said Ahmad Sarhadi from his home in Kandahar. He was referring to the reclusive one-eyed leader of the Taliban.

With bin Laden, his moral authority and his hardline views against any kind of reconciliation gone, the thinking goes, the Taliban might be ready to separate themselves from the international terror network.

"Now there are multiple terror networks and the Taliban will not give up. They don't believe in participating in a democratic system, but rather they are hoping to bring it down, so it will not have an impact on reconciliation as such," he said.

The Taliban, for their part, said they would not be deterred. A province-level commander for the insurgent group told The Associated Press that while the death of bin Laden was a loss, other al Qaeda leaders existed who could step into his place. The commander, who spoke anonymously because he was not a spokesman, said that revenge attacks were being planned.