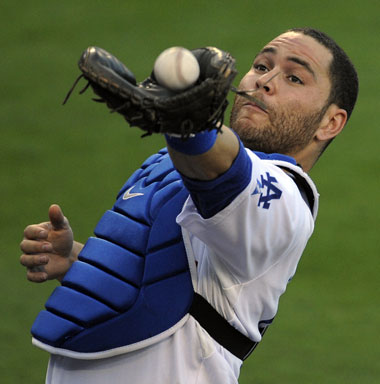 The United States is considering new military deployments in the Pacific Ocean while trying to bring North Korea's nuclear issue before the U.N. Security Council.

At the United Nations, Secretary-General Kofi Annan on Monday appealed for urgent funds to avert "a major humanitarian crisis" in North Korea and create better conditions to peacefully resolve the nuclear standoff.

American defense officials in Washington said Monday that Defense Secretary Donald H. Rumsfeld is considering options including sending an aircraft carrier to the waters off the Korean Peninsula and adding bombers in Guam.

The move is intended as a signal to Pyongyang that the United States remains capable of blunting an attack in Korea despite its focus on possible war in Iraq, they said.

Rumsfeld and Chyung discussed the future of the U.S.-South Korean military alliance and the need for updating and modernizing it, according to a Pentagon spokesman, Navy Lt. Cmdr. Jeff Davis.

In Vienna, the U.N. International Atomic Energy Agency confirmed that its 35-nation board of governors will meet Feb. 12 to discuss the North's nuclear standoff. The meeting could refer the dispute to the U.N. Security Council.

IAEA Director-General Mohamed ElBaradei said last week he has already submitted a report to the agency's board saying that North Korea is in noncompliance with its obligations under global nuclear treaties.

Impoverished North Korea has been dependent on outside aid since 1995 to help feed its 22 million people. More than 2 million North Koreans are believed to have died of hunger or hunger-related diseases in the late 1990s.

U.S. officials have said they have no military intentions against North Korea, but Pyongyang has accused Washington of escalating the nuclear standoff as a pretext for an invasion.

North Korea, however, wants to expand exchanges with South Korea. Seoul's Hyundai business group said it plans to run a trial overland tour to a scenic North Korean mountain resort on Wednesday and Thursday. The tour will mark the opening of the first cross-border road between the two Koreas.

North Korea proposed last week that Hyundai test a recently built cross-border road before using it for full-scale tours to the Diamond Mountain resort on its east coast.

In a move intended to limit damage to inter-Korean ties, South Korean state prosecutors on Monday decided to shelve an investigation into an alleged payoff scandal surrounding an inter-Korean summit in 2000 — a decision that drew angry protests from opposition politicians.

The decision came hours after President-elect Roh Moo-hyun appealed for a "political" settlement to the dispute over payments made by Hyundai to North Korea shortly before the summit.

Opposition lawmakers claim the money — possibly from South Korea's government — was given to the communist nation ahead of the summit as payment for the talks, which were seen as a crowning achievement for outgoing South Korean President Kim Dae-jung.

Government auditors confirmed Thursday that the Hyundai business group had spent US$186 million — obtained from a South Korean state-run bank — in the North. But they said the purposes of the expenditures were unclear.