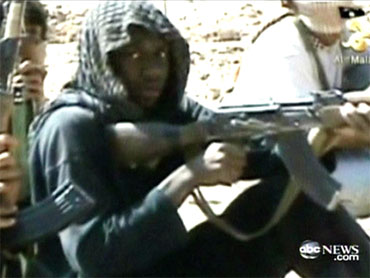 The Obama administration says al Qaeda's core membership in Pakistan along with affiliates in Africa and Yemen pose the most dangerous terrorist threat to the United States and its interests abroad.

In its annual report on global terrorism, the State Department said that although al Qaeda suffered some setbacks in Pakistan last year, it is "adaptable and resilient" and has expanded its reach through proxy groups.

The 2009 report, released Thursday, also said the network remains "actively engaged in operational plotting" of attacks against U.S. and Western targets around the world.

As in previous years, the report identified Iran as the most active "state sponsor of terrorism" and said its backing of militant groups in the Middle East and Central Asia played a highly destabilizing role in those regions. The report left unchanged "state sponsor" designations for Cuba, Sudan and Syria.

It also found that an increase in terrorist attacks in Pakistan and Afghanistan triggered a spike in the number of civilians killed or wounded there last year, pushing South Asia past the Middle East as the top terror region in the world. Those statistics are contained in an annex to the report first published in late April.

It said the organization was "was actively engaged in operational plotting against the United States and continued recruiting, training, and deploying operatives, including individuals from Western Europe and North America."

Although Pakistan has taken some steps to rein in the group, its losses have been at least "partially offset" by partnerships, shared connections and objectives with groups such as the Yemen-based al Qaeda in the Arabian Peninsula, North Africa-based al Qaeda in the Islamic Maghreb and Somalia-based al-Shabab, the report said.

The State Department noted with concern that al Qaeda, particularly in Pakistan, Yemen and Somalia, appeared to be attracting growing numbers of radicalized Americans to its cause. Underscoring that problem, the Justice Department on Thursday announced indictments against a number of U.S. citizens for supporting al-Shabab.

In 2009, five Americans were arrested on terrorism charges in Pakistan, while the Yemeni group was held responsible for the attempted Dec. 25 attack on a U.S. jetliner as it landed in Detroit, Michigan.

U.S.-born cleric Anwar al-Awlaki, a spiritual leader believed to be in Yemen, had links with both the failed bomber and Fort Hood shooting suspect Nidal Hasan.