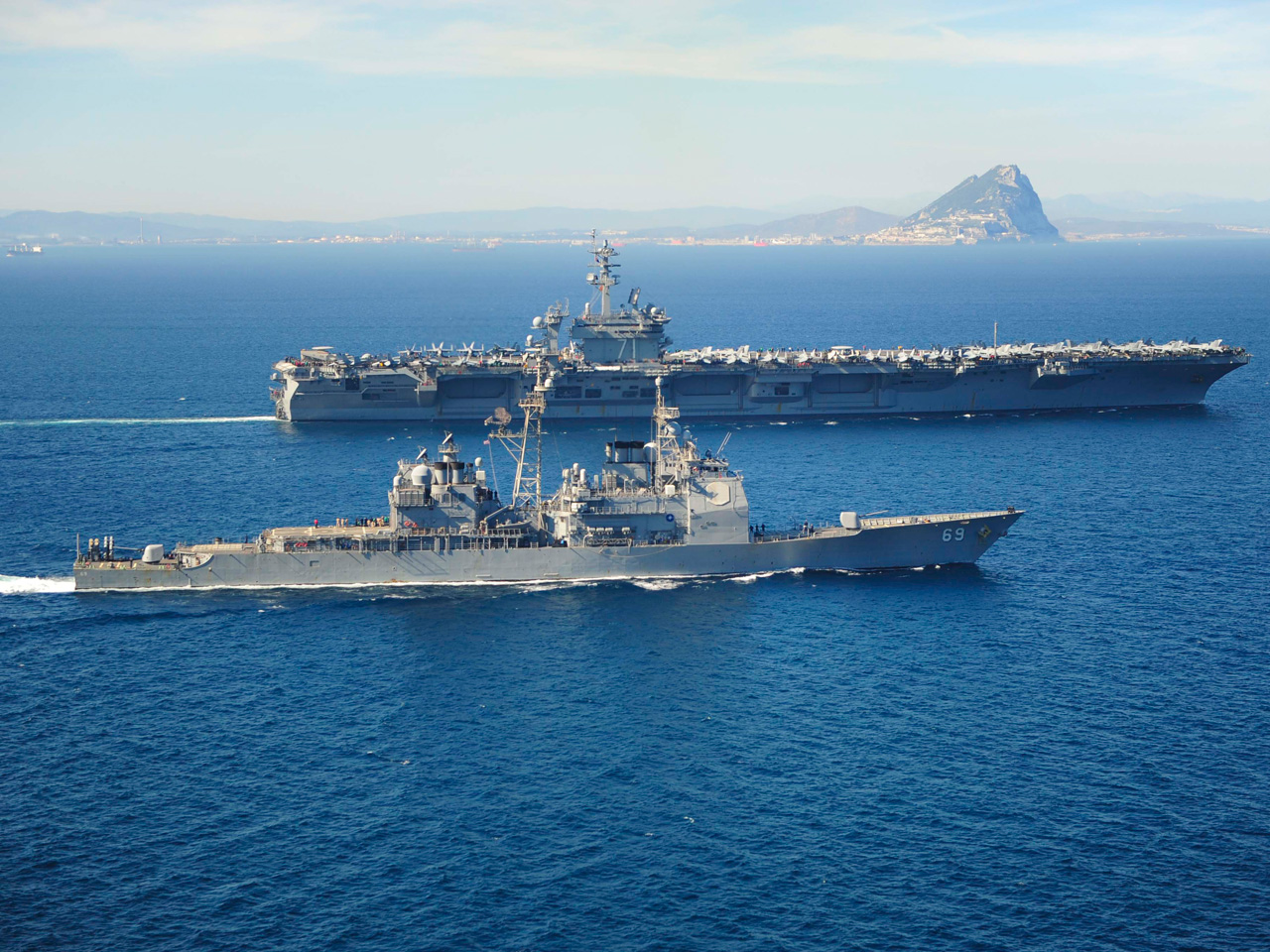 The Roosevelt was sent in response to a convoy of seven to nine Iranian ships which appear bound for Yemen and which could be carrying arms.

The aircraft carrier will join other American ships prepared to intercept any Iranian vessels carrying weapons to the Houthi rebels fighting in Yemen.

The U.S. Navy has been beefing up its presence in the Gulf of Aden and the southern Arabian Sea amid reports of the convoy of Iranian ships.

The Houthis are battling government-backed fighters in an effort to take control of the country. The U.S. has been providing logistical and intelligence support to Saudi Arabia-led coalition launching airstrikes against the Houthis. That air campaign is now in its fourth week.

The U.S. Navy generally conducts consensual boardings of ships when needed, including to combat piracy around Africa and the region. So far, however, U.S. naval personnel have not boarded any Iranian vessels since the Yemen conflict began.

White House spokesman Josh Earnest would not comment specifically on any Navy movements in Yemeni waters, but said the U.S. has concerns about Iran's "continued support for the Houthis.

He said "the Iranians are acutely aware of our concerns for their continued support of the Houthis by sending them large shipments of weapons."

Meanwhile, Saudi-led airstrikes hit weapons caches held by Houthis rebels, touching off massive explosions Monday in Yemen's capital that killed at least 19 people and buried scores of others under the rubble of flattened homes.

After the coalition airstrikes, mushroom clouds rose over the mountainous outskirts of Sanaa, where the arms depots are located. The Fag Atan area has been targeted several times since the start of the air campaign against the rebels known as Houthis.

"It was like the doors of hell opened all of a sudden," said Mohammed Sarhan, whose home is less than 1 mile from the site. "I felt the house lift up and fall."

The blasts - among the most powerful in Sanaa since the airstrikes began - deposited a layer of soot on the top floors of buildings in Sanaa and left streets littered with glass. Anti-aircraft fire rattled in response.

One bomb hit near the Iranian Embassy in Sanaa, drawing a sharp rebuke from Tehran.