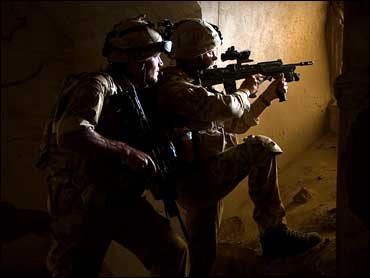 Thirty of the deaths occurred during a firefight that broke out Thursday when Afghan army and U.S.-coalition troops came under attack in southern Helmand province, the U.S. said in a statement.

The troops were patrolling in a militant-heavy area of Greshk district when they were attacked by gunfire and rocket-propelled grenades, and returned fire, the U.S. said. The troops confirmed there were no civilians in the area before counter-attacking and calling in air support, the statement said.

The operation also destroyed a cache of bomb equipment, the U.S. said.

One Afghan soldier was injured during the operation, the statement said.

On Friday, Afghan and coalition forces killed three militants and captured one in eastern Logar province when fighting broke out during a raid targeting a bomb-making cell, a separate U.S. statement said.

Meanwhile, one militant was killed in a raid to disrupt a bomb-making network in the eastern border province of Kunar, the U.S. said.

The fighting follows the death Thursday of an Australian service member in southern Oruzgan province, NATO forces said. The bomb disposal expert died while trying to defuse a makeshift device. It was Australia's second death in the Central Asian country in a week.