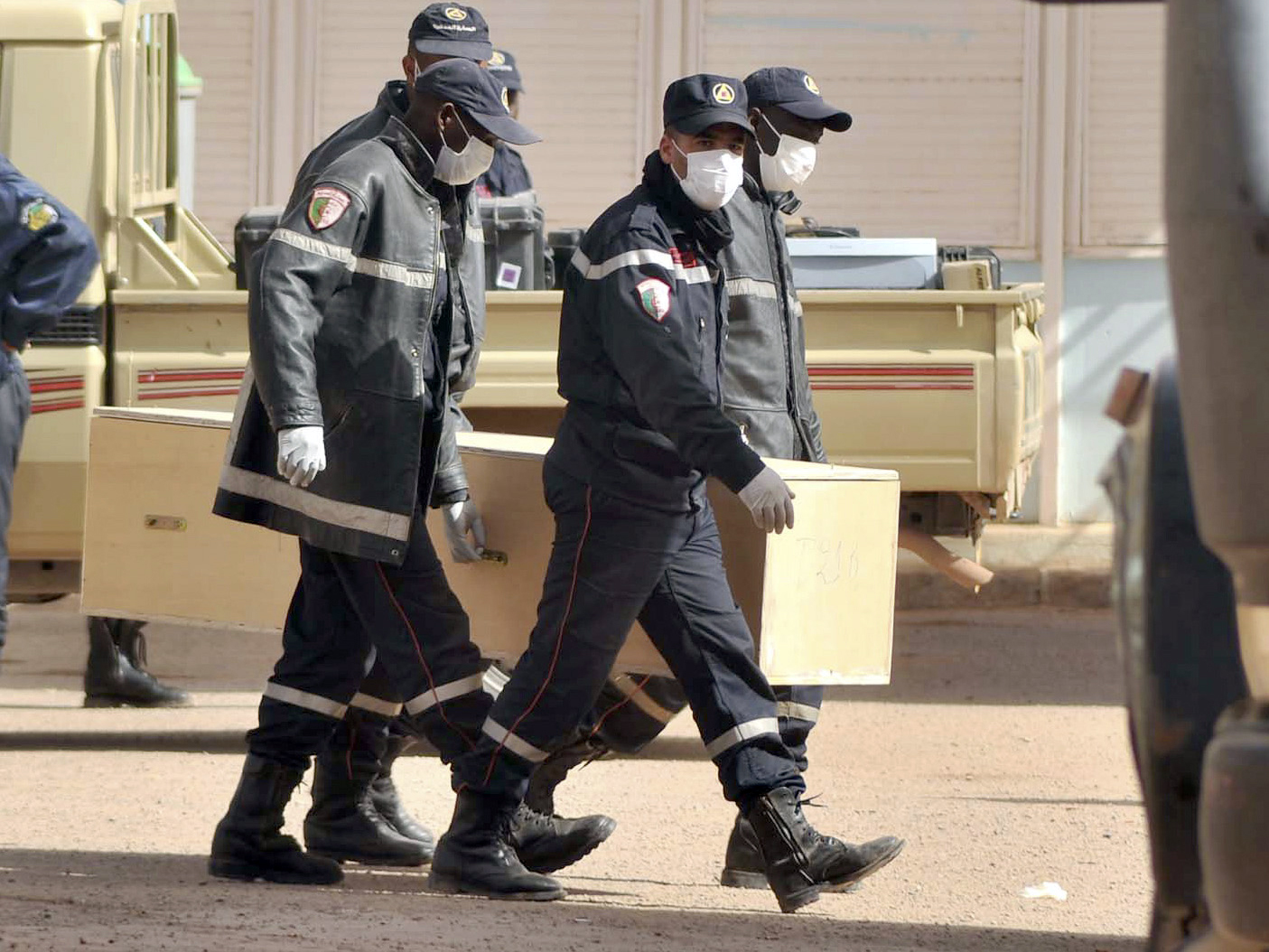 WASHINGTON Three U.S. citizens were killed in last week's hostage standoff at a natural gas complex in Algeria, while seven Americans made it out safely, the State Department said Monday.

"We extend our deepest condolences to their families and friends," department spokeswoman Victoria Nuland said in a statement.

"The blame for this tragedy rests with the terrorists who carried it out, and the United States condemns their actions in the strongest possible terms," she added. "We will continue to work closely with the government of Algeria to gain a fuller understanding of the terrorist attack of last week and how we can work together moving forward to combat such threats in the future."

Lovelady's family told CBS affiliate KFDM-TV in Beaumont, Texas, Monday that the FBI informed them Saturday of his death.

Lovelace's daughter, Erin Lovelace, told CBS News correspondent Mark Phillips: "We asked him all the time: 'Do you feel safe? Do you feel safe? If you don't feel safe you don't have to go." And he goes: ""Ah I feel so ...nothings happened there in so long and my friends have been doing it for so long and it's fine there and it's so safe, we have protection."

Militants who attacked the Ain Amenas gas field in the Sahara had offered to release Lovelady and Rowan in exchange for the freedom of two prominent terror suspects jailed in the United States: Omar Abdel Rahman, a blind sheik convicted of plotting to blow up New York City landmarks and considered the spiritual leader of the 1993 World Trade Center bombing, and Aafia Siddiqui, a Pakistani scientist convicted of shooting at two U.S. soldiers in Afghanistan.

Last week's desert siege began Wednesday when Mali-based, al Qaeda-linked militants attempted to hijack two buses at the plant, were repelled, and then seized the gas refinery. They said the attack was retaliation for France's recent military intervention against Islamist rebels in neighboring Mali, but the captured militants told Algerian officials it took two months to plan.

Five Americans had been taken out of the country before Saturday's final assault by Algerian forces against the militants.

A U.S. official had told The Associated Press the remaining two Americans survived the four-day crisis at an insecure oil rig at the facility. They were flown out to London on Saturday.

The State Department's Nuland confirmed that seven Americans made it out safely, but said she couldn't provide further details because of privacy considerations.

Algeria says 38 hostages of all nationalities and 29 militants died in the standoff. Five foreign workers remain unaccounted for.

Islamic militant Mukhtar Belmukhtar, who's self-proclaimed "Masked Brigade" carried out the attack, released a video warning Muslims to stay away from Western facilities in North Africa because more would be attacked.