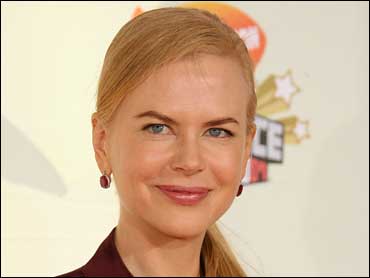 Urban, 39, broke off his U.S. tour in order to blow out the candles with his wife of almost a year. The pair will spend her milestone birthday on the set of her film, APTN reports.

The couple celebrate their one-year anniversary on June 25.

Kidman who is filming the outback epic "Australia," in the North Queensland town of Bowen, celebrated with friends on Saturday night on Bondi Beach in Sydney.

The past year has been a trying one for the couple. Less than four months after they tied the knot, Urban entered rehab for alcohol abuse.

When the musician left rehab in January he eased back into performing with a short run of club shows in Britain and Germany in April.

MasterClass: In a class of its own

In February, Kidman opened up about the rough patch in an interview with Russell Crowe. "We've been through a lot," she said.