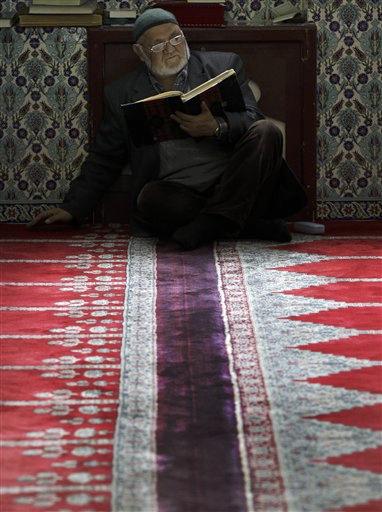 A 15-minute car chase through a Los Angeles neighborhood that ended in a barrage of bullets is spurring a host of questions.

CBS News Correspondent Sandra Hughes notes that, even in gang-hardened Compton, Calif., the middle of the night gun battle just yards away from people's homes was a startling wakeup call.

"I'm hearing Fourth of July. That's exactly what it was. Gunfire everywhere," says freelance cameraman Jesse Escochea, who caught the shootout on tape, following along as sheriff's deputies chased a sport utility vehicle driven by a man suspected in a shooting.

"Get out of here! There's shots fired!" one deputy screamed at Escochea when he spotted him shooting the video.

"He yells several times to get out of here, so I pop up, and when I popped up, I'm seeing several deputies with their guns pointed down range towards me," Escochea says.

It happened so fast, but when the smoke cleared, police found no weapon inside the vehicle. The suspect, 44-year-old Winston Hayes, was injured, along with one sheriff's deputy, shot by other deputies.

"I saw three deputies to my left," Escochea continued. "They were trying to take cover, they didn't know who was firing. I know that had to be going through their minds, 'cause they were just dunking for cover."

Los Angeles County Sheriff Lee Baca vows an investigation into the shooting: "There's no such thing as a safe shooting. …and that's why we want to take a look at this very closely, because the aspect of shooting in urban areas is very problematic and dangerous under all circumstances," he says.

In the light of day, Hughes adds, Hayes' bullet-riddled car shows just how problematic and dangerous.