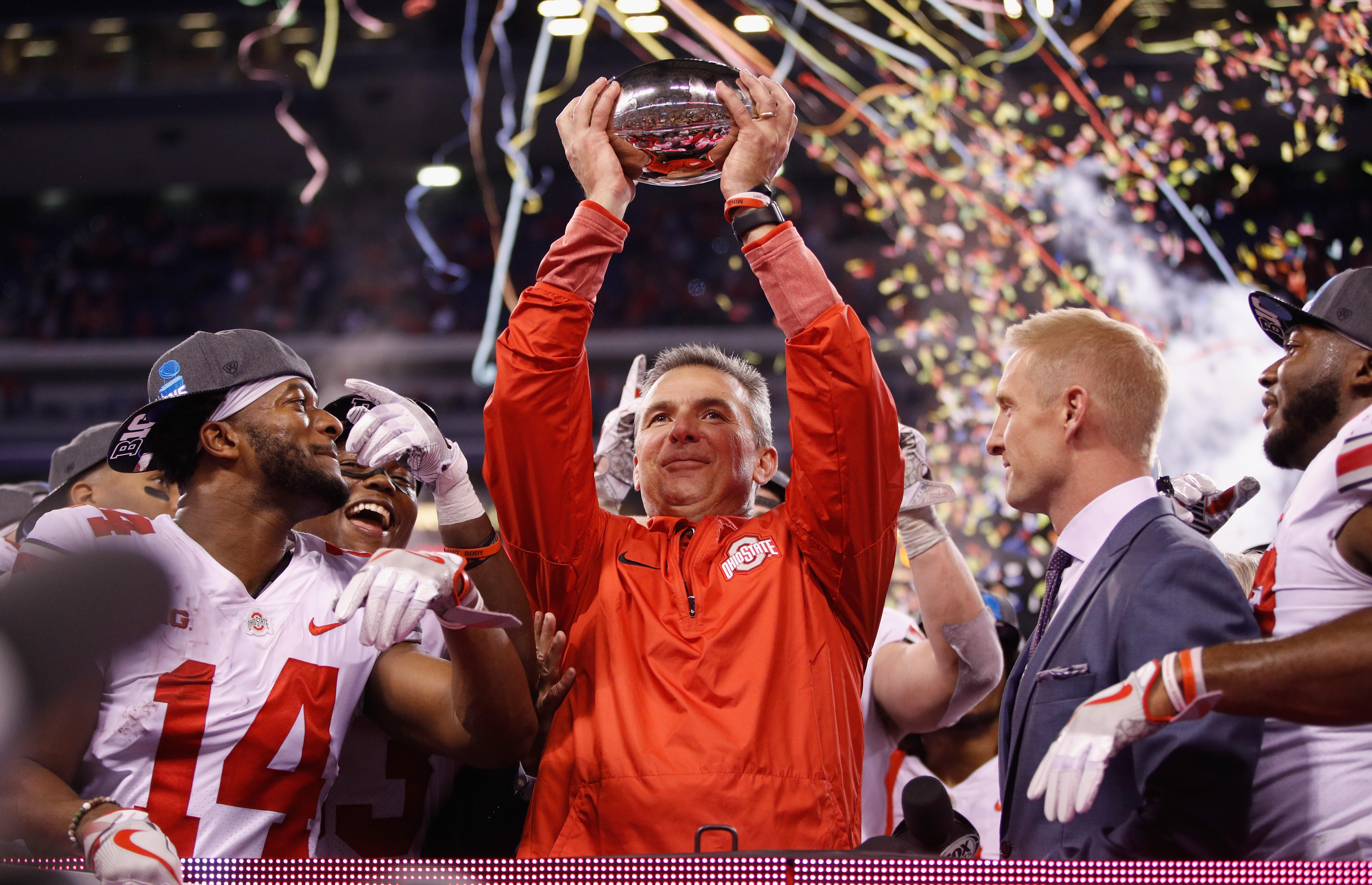 "I followed my heart and not my head," Meyer said, quickly reading a written statement to reporters during a news conference after his punishment was announced. "I should have demanded more from him and recognized red flags."

Trustees discussed the decision to punish Meyer in a marathon meeting of more than 12 hours Wednesday while Meyer awaited the decision. Athletic director Gene Smith - who is not related to Zach or Courtney Smith - was also suspended from Aug. 31 through Sept. 16. Both the athletic director and Meyer apologized and said they accepted the punishments.

"I should have done more and I am sorry for that," Meyer said.

The university said Meyer is suspended through Sept. 2, 2018, and for the games on Sept. 1, 8 and 15 without pay. Ohio State will be playing Oregon State, Rutgers and No. 16 TCU.

Smith was accused by his ex-wife, Courtney Smith, of physical abuse. Zach Smith was fired last month after she asked a judge for a protective order.

Meyer said at an appearance in July that he was not aware of the situation until recently.

"I got a text last night that something happened in 2015, and there was nothing," Meyer told reporters at the Big Ten Media Days, adding, "I don't know who creates a story like that."

But in an interview with the sports news site Stadium earlier this month, Courtney Smith said she told Meyer's wife Shelley that she was being abused in 2015. Courtney Smith said her then-husband had assaulted her during an argument about their young children. Smith obtained a restraining order shortly after the incident but charges were never filed.

"Shelley said she was going to have to tell Urban," Courtney Smith told Stadium. "I said, 'That's fine. You should tell Urban. We can't have somebody like this coaching young men.'"