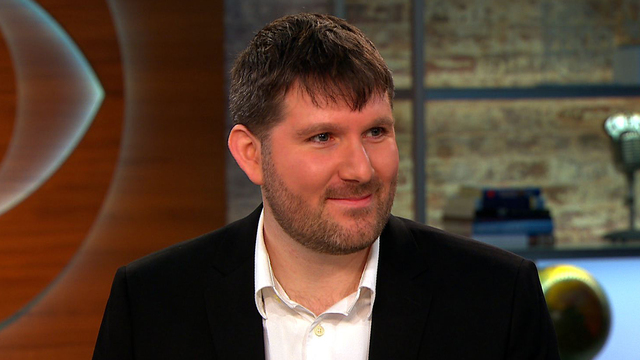 There are news sites, there are viral video sites, and then there is Upworthy - a site that prides itself on providing content on "things that matter" and asking its users to "pass 'em on."

Upworthy was founded less than two years ago and has taken off with 87 million unique visitors in just one month alone.

Upworthy co-founder and CEO Eli Pariser joined the co-hosts of "CBS This Morning" Thursday. He said the idea behind the site is taking important stories and topics and allowing people to share them.

"The core of what makes Upworthy work is that we find, you know, really great pieces of content that stir up passion, that are about something meaningful and that people actually want to share," he said.

Upworthy does not create content. Rather, its staff of "curators" sift through thousands of stories and videos to find the ones they think are the most compelling and most worthy of being shared. Each piece is then heavily fact-checked, and only then is it sent to users to consume and share.

The focus is on passing along the stories that matter, Pariser said, about anything from climate change to gay and lesbian issues to women's rights.

"We try to generate awareness around really important topics, and so what we're looking to do in the broad scale is, you know, make sure that folks are tuning into stuff like economic inequality or global health - not just, you know, Kim and Kanye," he said.

But just because these are "important" stories, Pariser said, doesn't make them boring.

"There's this idea in journalism and the news media that, you know, sometimes there's the entertaining content and then there's the important stuff, and the important stuff is sort of like brussels sprouts, and you have to kind of, like, force people to eat it," he said. "And I think, you know, our feeling is, why does it have to be that way? You know, can't you make it delicious and compelling and fun to learn about these important topics?"

One of the hottest videos on the site last year was a 20-minute-long piece about a kid's struggle with cancer.

"What I loved about that video," Pariser said, "was it wasn't just that people watched it or that they shared it. They also contributed to the cancer charity."

Pariser said he hopes in the future that the site will continue to grow, as will the business, "so that we can draw massive amounts of attention to the content that matters the most."

Sam Smith on new album, coming out as non-binary