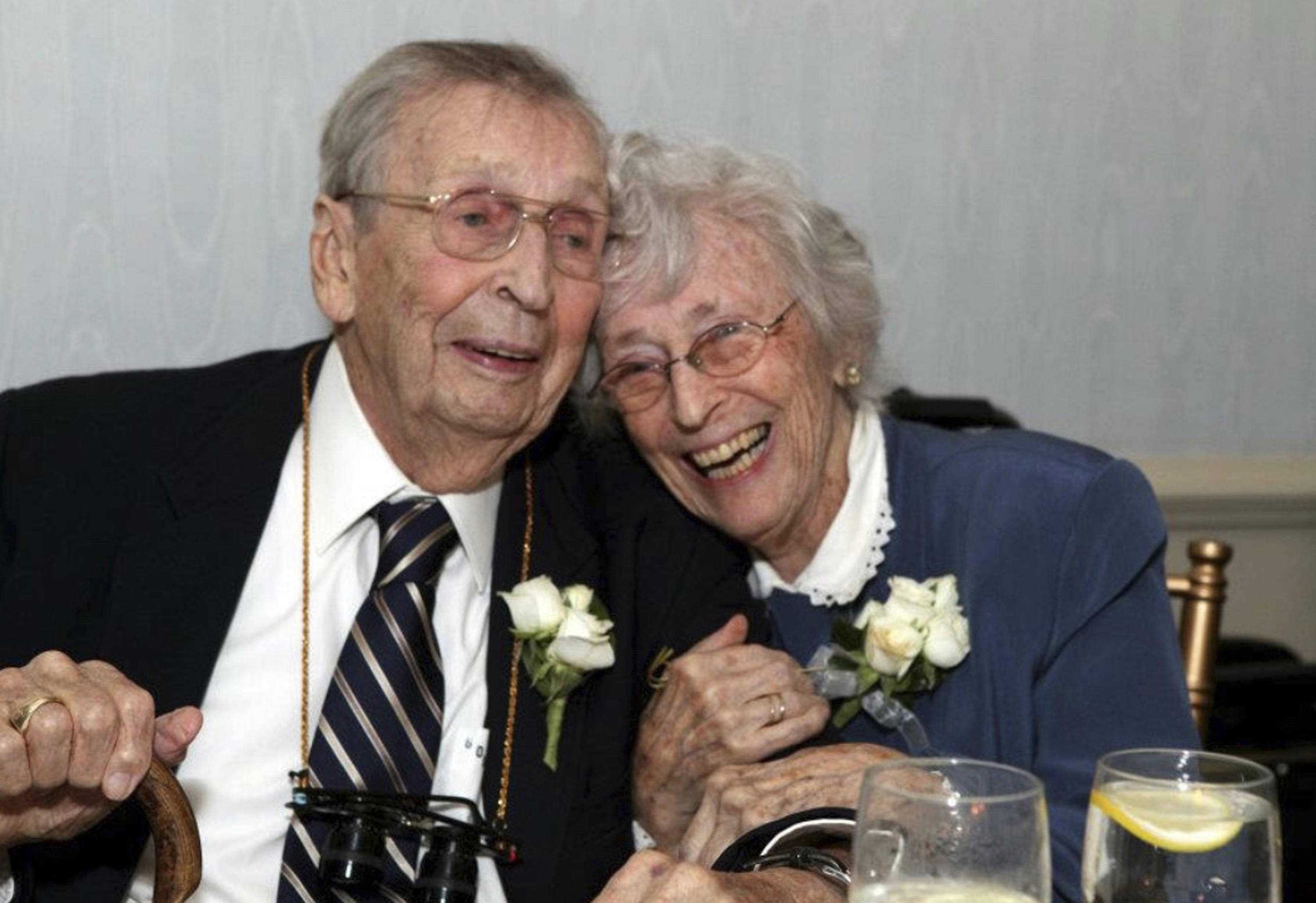 An upstate New York couple who had been married for 78 years died within two days of each other. The husband and wife were also born two years and two days apart, according to their family.

Evelyn Bennett Drake, who was 98 years old, died on July 20, and 100-year-old Gilbert Orzell Drake died two days later, according to the couple's joint obituary. Both died "peacefully" of natural causes with their family by their sides at their home in Delmar, a suburb of Albany, New York.

Their granddaughter, Elizabeth Officer, said the Drakes were married Oct. 13, 1939, according to the Associated Press.

"The most beautiful love story. Heaven gained two angels," their obituary reads. They would have celebrated their 99th and 101st birthdays in August.

Evelyn ran a a nursery school out of their home, and Gilbert -- a World War II veteran -- owned and operated a heating and air conditioning business in their town.

"Evelyn and Gilbert cherished their times with family in their backyard pool, attending their grandchildren's' school events and going on family trips," the obituary continues. "When they were not with family, they shared a love for traveling the world and playing bridge."

The couple is survived by two sons, a daughter, five grandchildren and two great-grandchildren.