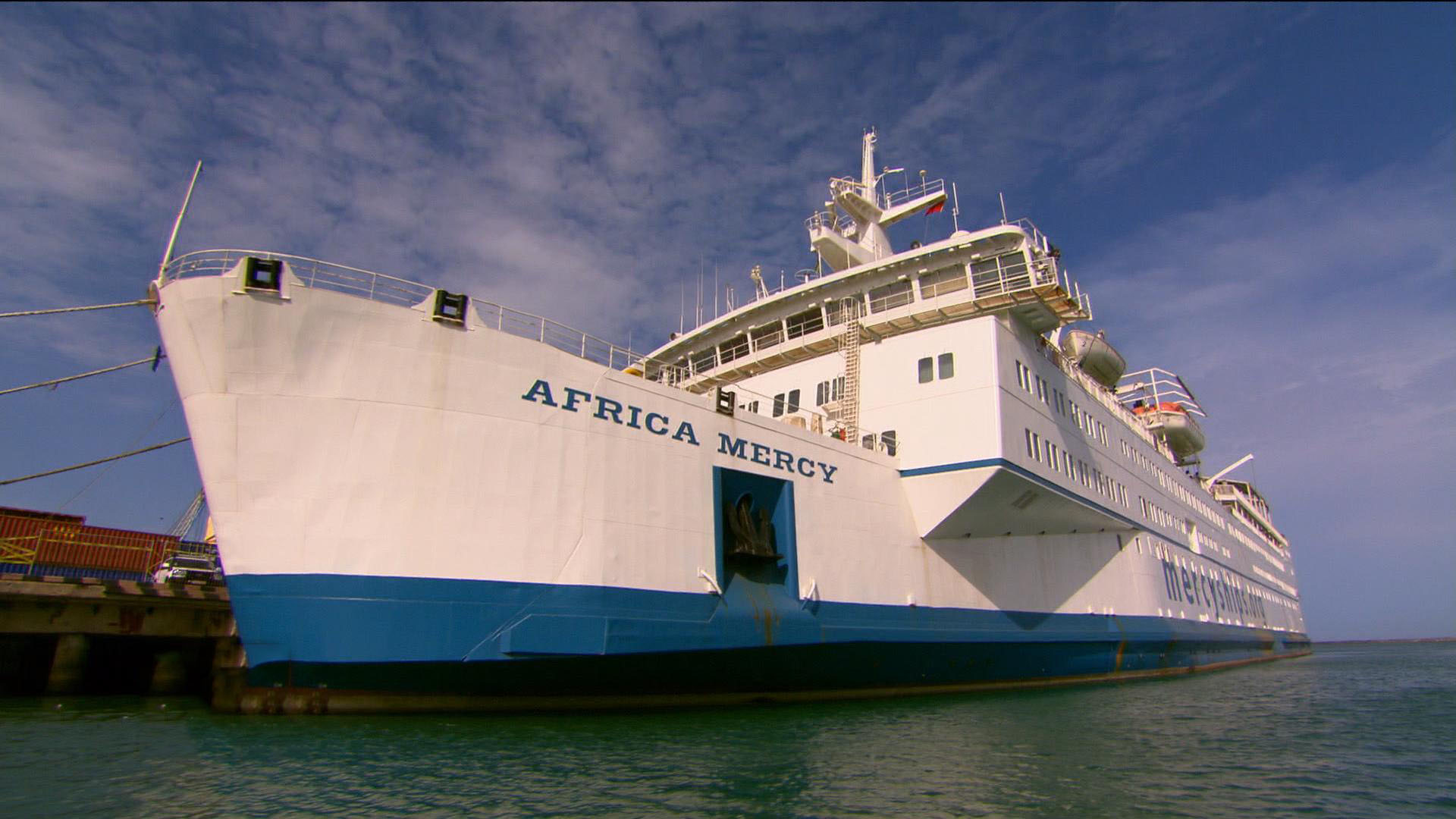 The Africa Mercy has been bringing 21st century medical care to some of the world's poorest countries, along the west coast of Africa.

She can be described in the usual dimensions of a ship; 500 feet in length, eight decks, a crew of 450. Or you can reckon Africa Mercy as a hospital; 90 nurses, 15 doctors, 78 beds and six operating rooms.

The idea for all of this, set sail back in 1978, when Don Stephens of Texas started a charity that he calls Mercy Ships.

Scott Pelley: So how did you find this ship?

Don Stephens: We found her in Denmark. She was a rail ferry...

But even the Africa Mercy wasn't equipped to deal with the Ebola epidemic this summer.

The outbreak kept the world's largest civilian hospital ship in port in the Canary Islands and forced its largely volunteer crew of doctors and nurses to cancel scheduled surgical calls in Guinea, where Ebola started.

Instead, it is now en route around the Cape of Good Hope bound for patients on the island nation of Madagascar, off the coast of east Africa.