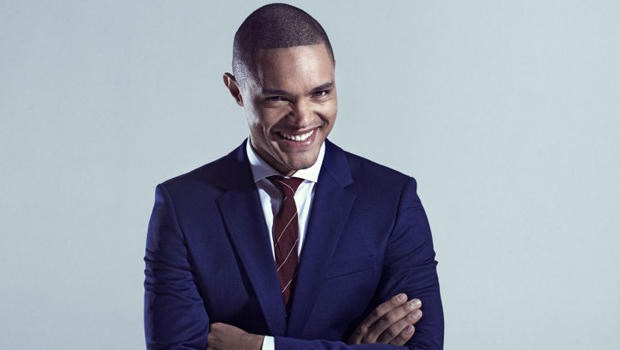 Incoming "Daily Show" host Trevor Noah said politics and the media will remain targets of the program, but the perspective will be distinctively his.

"The show still has its voice. It's just I'm at the helm taking things in a slightly different direction, but still trying to get to the same end place," Noah said Wednesday during a Q&A session with TV critics.

The show is retaining its senior producing staff, Comedy Central has said, and which channel executive Kent Alterman reaffirmed at the Television Critics Association session. The emphasis on stability makes sense: "Daily Show" with Stewart has been a cornerstone of the channel's success.

Noah said he'll be looking for affirmation from Stewart that he's doing right by the program. Stewart leaves August 6 and Noah takes over September 28.

"The biggest pressure for is living up to the expectations that Jon has of me. Jon believes in me," he said. There will be comparisons made between them, he acknowledged, but it's not his intent to immediately match what Stewart has built over a period of years.

"I have a foundation set up by a wonderfully smart, funny man," he said.

While the show's emphasis on domestic issues will remain, including how the media addresses them, Noah said he will broaden the long-time emphasis on Fox News Channel because the sources of news in the online era are far more extensive.

He also intends to address international issues that are resonating in America, said Noah, who said he speaks seven languages.

The comedian was well-received by fans and critics when he performed his stand-up act Tuesday night at a theater in Santa Monica, California. He put the emphasis on topics including black deaths at the hands of law enforcement rather than politics.

During Wednesday's Q&A, he was self-assured and relaxed as he fielded questions that included the backlash to jokes that the comedian had tweeted several years ago, including ones that mocked Jews and women.

Noah politely dismissed the tweets as a few among many, suggesting they were judged harshly in part because Americans were unfamiliar with him and his comedic perspective. Before coming to the United States, he'd developed an international fan base.

"Luckily, Comedy Central hasn't limited me to 140 characters on the show, so I should be able to (speak) in a better, well-formed way," he said.

When Noah was asked why he appeared to be so unflappable, he traced it back to a difficult early life that included a household beset by domestic violence and a native country fighting to break free from apartheid. Both his family and country are better off now, he said.

"Maybe I've been tainted by hope and optimism. Maybe that's why I'm unflappable. I'm mixed not only in my blood but my life," he said. There are issues that get him "riled up," he added, but he likes to think before he acts.