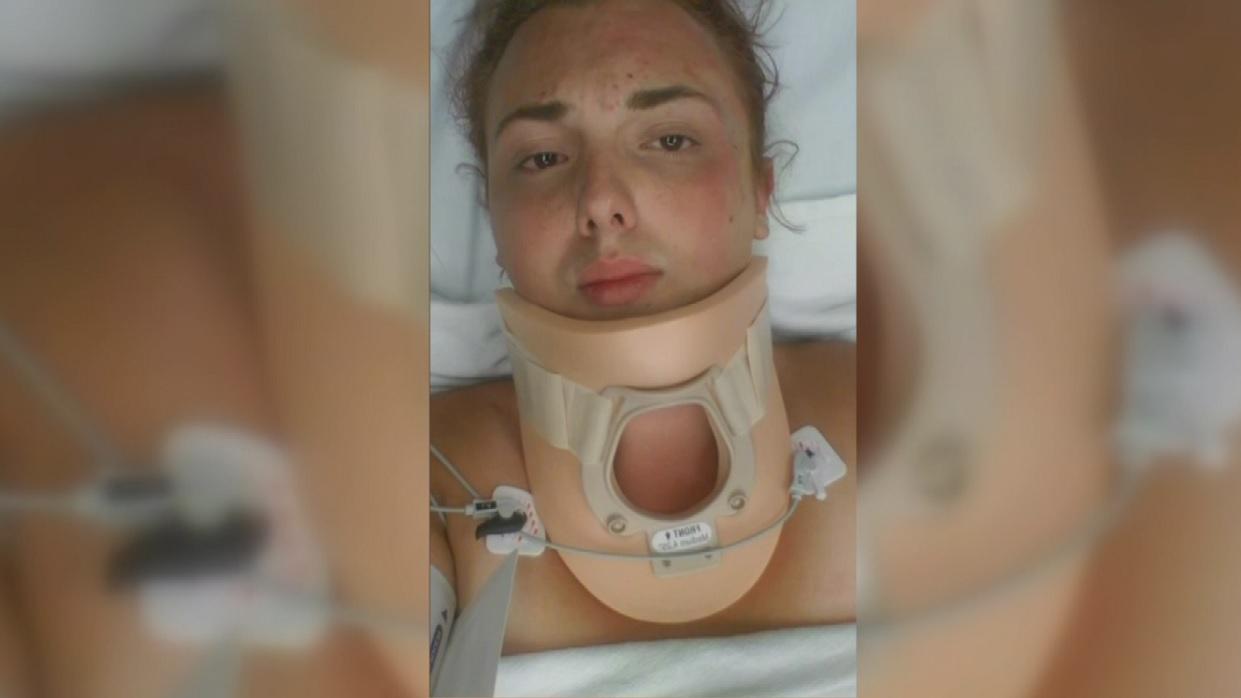 PHOENIX — The Phoenix Police Department's Bias Crimes Unit is investigating an incident in which a transgender teen said she was attacked by as many as 20 people at a pool party on Aug. 16, reports CBS affiliate KPHO.

Dakota Kern said in an interview with the station that a friend invited her to the party, but when she arrived, the 18-year-old says people began shouting homophobic slurs. Kern said she believes she was lured to the party so she could be assaulted.

She decided to leave, and as she was walking away, she says a man yelled "get it, get it." The ensuing attack was captured on video and shared via social media, KPHO confirmed. The footage shows Kern being shoved to the ground and kicked repeatedly.

"I passed out, hit my head on the concrete," Kern said. "My friend was above me like slapping my face like, 'Hey, come on come on, get up so we can go.'"

Kern was checked out at the hospital and suffered cuts and bruises.

No arrests have been made in the case.