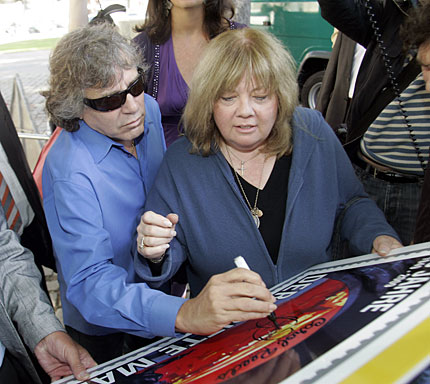 Ken Stafford, the 29-year-old New York City police officer who got a round of applause when he was first introduced to his fellow contestants, was forced to turn out his torch when he was voted out of the newly formed Chuay Jai tribe in a 5-3 vote.

After the two tribes merged, Ken's dominating physical presence and charismatic personality posed a threat to the Chuay Gahn tribe members. He appeared on the The Early Show to recount his experiences in Thailand.

Stafford says he wasn't surprised by the vote.

He told Julie Chen that he knew he was going to be voted off. "I think it was pretty obvious that I was going to be the next person voted out. I had no illusions. I didn't think I was going to be able to make it one more vote. Simple fact is, it came down to single immunity challenges and I knew it was my time to go."

Still, he tried to forestall his demise. "For three days we had been discussing with the other members of the tribe who they were going to plan on voting out. So they had said Ted. And I knew that wasn't the case. I knew it was going to be me. But I felt if there was any chance that at least one person might vote for Ted ,we might as well all vote for Ted. That was our only option to keep me on the island."

Chen wanted to know if, after the merge, the two teams ever really felt like one tribe.

Stafford didn't think so. "I think we were getting along out of, you know, necessity. There was not - there was no, like, real friendship there. There was no real bond. They went out of their way to make us know that we were in their house."

In the latest episode, used-car salesman Brian Heidik was shown mocking Stafford and his profession. What did Stafford think of that?

"Well, I'm going to have to just chalk that one up to immaturity. That's about it. I'm not - he' got his own problems," he said. He wasn't surprised either. "It was obvious, you know, my - in life my job is to be able to read people. I know when somebody's smiling to your face and saying something else behind your back."

Who got on Stafford's nerves the most? asked Chen.

When told that nobody really bugged him, Chen asked him to equate it with Shii Ann Huang. Last week, Erin Collins said that the best moment of Survivor for her, was when Shii Ann was voted off. Did he agree?

"You know, voting her out, maybe not. But when Jeff Probst announced that the tribes hadn't merged, you know, I think Sook Jai just looked at each other and we knew what we were going to do. That was the best moment," he said. "When he told us that and I realized whatever she did, she was going to pay for it."

Harry Smith was chomping at the bit over the immunity challenge - all those symbols - it looked so hard. Was it really?

"Well, the challenge itself wasn't difficult. It was understanding the directions," he replied. "That was difficult. When it was explained, you were supposed to follow each line, {it} was to bring you to the next line and you were supposed to find, you know, the clues. But as it went along, the clues got longer. So the first one was two lines. Second one was two lines. The third one was three lines and I didn't realize that. And then finally, you know, I was baffled."

During his time on the island the fitness buff lost about 35 pounds. But he gained it all back in just a couple of days. "I put myself on a very specific regimen of eating everything I could."

Smith was curious about Stafford's co-workers in the 79th precinct. How did they react when he came back on the beat?

"They were just, like, 'What the hell happened to you?' They joke around. They kid around a lot," he said. "You've got some people that are malicious about it. But most people are very good about it."