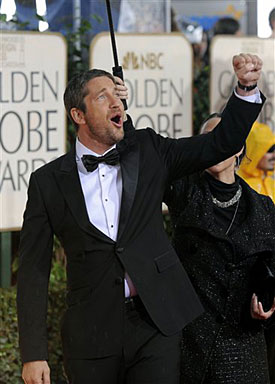 San Francisco police are closing the case of the city's notorious Zodiac killer, whom inspectors have tried to track down for 35 years.

"The case is being placed inactive," said San Francisco police Lt. John Hennessey, head of the department's homicide unit. "Given the pressure of our existing caseload and the amount of cases that remain open at this time, we need to be most efficient at using our resources."

Mayor Gavin Newsom has placed pressure on the department to solve a series of gang- and drug-related murders, which means inspectors are being pulled off old cases and assigned to more recent ones.

Police say they've run out of leads in the Zodiac case. The killer who called himself the Zodiac is blamed for at least five murders between 1968 and 1969.

The killer taunted newspapers and the police with letters.

"The police shall never catch me, because I have been too clever for them," he wrote in a letter to the San Francisco Chronicle. "I enjoy needling the blue pigs."

Two years ago a partial DNA profile was taken from envelopes holding the letters. The genetic evidence seemed to clear the only suspect ever named by police - Arthur Leigh Allen of Vallejo. Allen, who was never charged, died of a heart attack in 1992.

DNA evidence may still be the key to one day identifying the killer.

"Our hope is that from that evidence a DNA profile will be developed," said inspector Kelly Carroll, one of the last detectives to work on the case. "If there's any realistic hope of solving the case, it would be from the physical evidence that we have."

The case will be reopened if a promising lead comes in, Hennessey said.