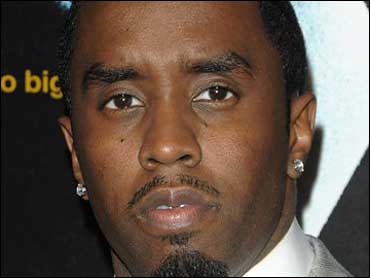 Rowdy crowds waiting in line for a pool party featuring Sean "Diddy" Combs forced the event to be shut down before the rap and fashion mogul had a chance to enter.

Police shut down the party early Monday, forcing some 1,800 guests out of the Harrah's Resort Atlantic City nightclub known as The Pool.

On his Twitter feed, Diddy wrote, "I just shut down Atlantic City! The party was so crazy I couldn't even get in! 10 thousand people showed up. ... I was ready to party!"

Casino staff said that the actual crowd was not nearly that large but that they decided to cancel the event in the name of safety.

"Because of the large response on the 4th, we made a proactive decision to postpone the originally scheduled nightlife activities," said Jay Snowden, the casino's senior vice president and general manager, in a statement.

The trouble began around 12:30 a.m. when an estimated 500 people in line tried to force their way in, authorities said. All the casino's bars were also closed early because of the brouhaha.

One man was arrested and charged with obstructing the administration of law and resisting arrest.

Several celebrities had been scheduled to appear, including boxer Floyd Mayweather and rapper Busta Rhymes. A concert scheduled for Monday afternoon was also canceled.