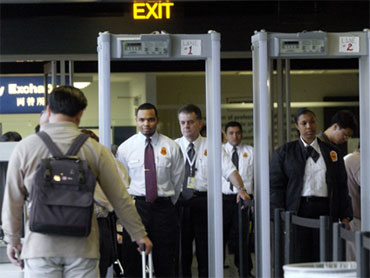 It was a security breach and a big embarrassment for the Transportation Security Administration. A secret manual that tells airport screeners around the country how to do their jobs somehow wound up on line for all the world to see.

It detailed who should be screened, how often bags are checked for explosives, how to deal with CIA agents traveling with high-value intelligence assets - even provided images of various special identification cards, as CBS News correspondent Bob Orr reports.

The breach reveals some of the government's most sensitive aviation security secrets. A 93-page manual prepared for federal airport screeners shows samples of law enforcement and official credentials - federal air marshals, CIA officers, and members of Congress - IDs which criminals or terrorists could copy.

The document also reveals that travelers from a dozen countries including Cuba, North Korea, Somalia and Yemen are always subjected to extra screening.

The Transportation Security Administration says the security playbook, prepared in May 2008, is out of date and sensitive methods have been updated six times since then, adding in a statement that "TSA is confident that screening procedures currently in place remain strong."

Still, the TSA never meant for this information to be public. Each page of the report carries a notice reading, "WARNING: This record contains sensitive security information ... No part of this record may be disclosed to persons without a 'need to know.'"

The TSA says the whole report "improperly posted" by the agency on a government jobs site -
with redactions.

But the redaction consisted of black boxes added to a PDF document that are simple to remove. Anyone with some basic knowledge of working with Adobe Acrobat could have removed them with a few keystrokes.

"I mean clearly this was a rookie mistake," said Wired Magazine editor John Abell. "So let's just call this a very early Christmas present to the kinds of people that traffic this kind of secret information."

Some of the compromised information is just routine common sense: "An on-duty airport-assigned LEO (law enforcement officer) ... may be cleared ... without undergoing screening."

But, other guidance may be less intuitive. For example, searches for explosive residue are not required for wheelchairs, prosthetic devices and orthopedic shoes.

The TSA is investigating and says it takes the failure seriously. But, critics say with aviation a known terrorist target, it's a little late to get serious.