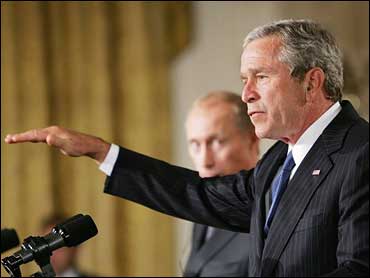 UNLV's basketball program, no stranger to problems with the NCAA, was placed on four years' probation Tuesday for violations that included a booster's payment of $5,600 to Lamar Odom and the failure to monitor recruiting visits.

UNLV responded to the sanctions by firing coach Bill Bayno, according to Fox Sports and KTNV-TV. An afternoon news conference was scheduled to discuss the sanctions.

Bayno, who had coached the Runnin' Rebels for five years, did not respond to calls on his cell phone. The Rebels were off to a 3-4 start this season and lost Saturday to rival Nevada.

The university escaped the "death penalty" for the program despite the fact the infractions occurred within five years of a previous probation and were similar to earlier UNLV violations.

"We don't have to put a team on the shelf. It's a drastic remedy," said Jack Friedenthal, chairman of the NCAA Committee on Infractions. "It was awhile back and it occurred at a different time and level."

Odom never played for UNLV and is now with the Los Angeles Clippers.

The penalty which included a one-year postseason ban came despite UNLV's attempt to minimize its problems by imposing its own sanctions earlier this year. The violations occurred between the summer of 1996 and December 1997, the NCAA said.

The governing body also ruled that UNLV cannot participate in outside tournaments next season and will have to cut a total of two scholarships for the next two seasons. It also ordered the university to disassociate itself from two prominent boosters.

The NCAA said it was concerned the violations were "very similar" to those in a 1993 infractions case involving UNLV, and expressed concern that university officials did not appear to accept responsibility for some of the violations.

"We want people to straighten up and fly right," Friedenthal said.

Friedenthal said the university was given some leeway in the finding it was a repeat violator because the 1993 sanctions stemmed from recruiting violations several years earlier under former coach Jerry Tarkanian.

In its report, the NCAA said the university "should have had a heightened sense of vigilance" about the basketball program.

The payments were made while Odom was in Las Vegas in the summer of 1997 and was enrolled in a summer class while awaiting his formal admission to UNLV. They continued, the NCAA said, after the university announced it would not admit Odom in the wake of publicity over his recruiting status.

According to the report, UNLV booster and local dentist David Chapman gave Odom $400 to $800 two or three times a week, paying him a total of about $4,000 before the university decided not to allw him to enroll. He later gave him other money, the NCAA said.

Friedenthal said the university should have been aware of the relationship because Chapman regularly visited the campus to play in pickup basketball games with Odom and was a well-known booster.

"It's the kind of thing you just must watch for," he said.

In September, UNLV said it would voluntarily cut one scholarship and have coach Bill Bayno spend more time at the university administering the program in an attempt to satisfy the NCAA's investigation.

That didn't prove enough, however, as the NCAA went beyond UNLV's admissions of certain violations to find even more itself.

A current UNLV player, Chris Richardson, was earlier suspended for part of this season for lying to NCAA investigators about how he acquired a bed for his apartment.

UNLV was put on probation in 1993 for violations in the recruitment of Lloyd Daniels when Tarkanian was still the coach. Tarkanian was involved in a long-running battle with the NCAA.