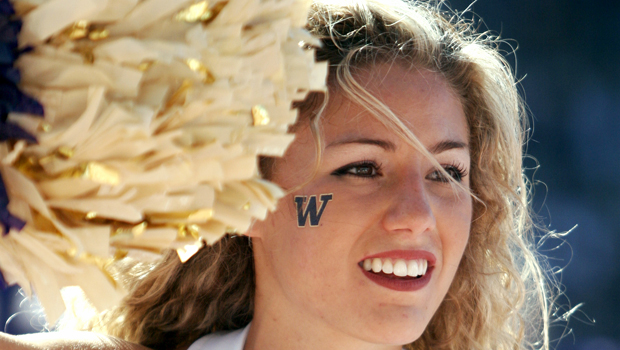 The graphic shows the do's and don't's for women who are trying out for the school's team.

Some of the do's include: "bronze, beachy glow," "false lashes" and "flattering eye shadow." And some of the don't's: "dark, smokey eyes," "nude lips" and "too much makeup."

The Seattle Times reports the infographic was posted Monday night and removed before 9 a.m. Tuesday.

In a statement issued Tuesday night, the university said a "spirit leadership team" member made the graphic "in response to a high volume of student questions about cheer and dance team tryouts."

The graphic was removed after an athletic department official determined that "some of the details and descriptions provided were inconsistent with the values of the UW spirit program and department of athletics," the statement said.