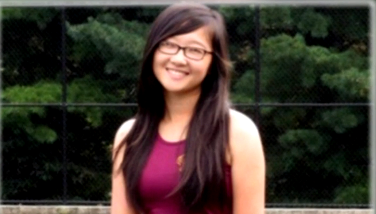 PHILADELPHIA -- Two years after a University of Pennsylvania student took her own life, her parents are taking legal action to have the school held accountable. Olivia Kong's parents say the school ignored their daughter's cries for help. They hope the lawsuit will honor her memory and evoke change, CBS Philly reports.

Surveillance cameras at the 40th Street subway station in Philadelphia captured the last time the UPenn junior was seen alive.

"You can see her pacing and then she starts walking on the yellow line," said Carol Nelson Shepherd, the family's attorney.

Two years ago, Kong climbed down to the tracks and was hit by an oncoming train.

"Fourteen kids have died at their own hands just since 2013 and many more before that -- a rate that is at least twice that of any other university or college we're aware of in the United States of America," said Nelson Shepherd.

The family is suing the university on three counts, including negligence, misconduct, reckless disregard and wrongful death. Her parents believe the school disregarded their only daughter's repeated cries of help.

"No one from Penn, never, tells these parents that Olivia has expressed nine times a desire to commit suicide," said Nelson Shepherd.

"There seems to be something unique about Penn that it is not only a pressure cooker, but there's this culture where the students are almost not permitted to show any vulnerability," said Nelson Shepherd.

It's a phrase coined on the Ivy League campus as "Penn Face."

"'Penn Face' is pretty much where students really act like everything is OK when sometimes things really aren't OK," said sophomore Joshua Tulanda.

Kong's parents believe that's exactly what happened to her. Born in China, she moved to Philadelphia at the age of nine, accelerating in academics at Central High School, before enrolling at Wharton School of Business at UPenn.

Aside from justice, Nelson Shepherd said Kong's parents want to help other students.

"To hopefully cause Penn to take a close look at what they're doing wrong, the inadequacies of their approach to what has become an epidemic of suicides on Penn's campus," Shepherd said.

The university said it doesn't comment on pending litigation.