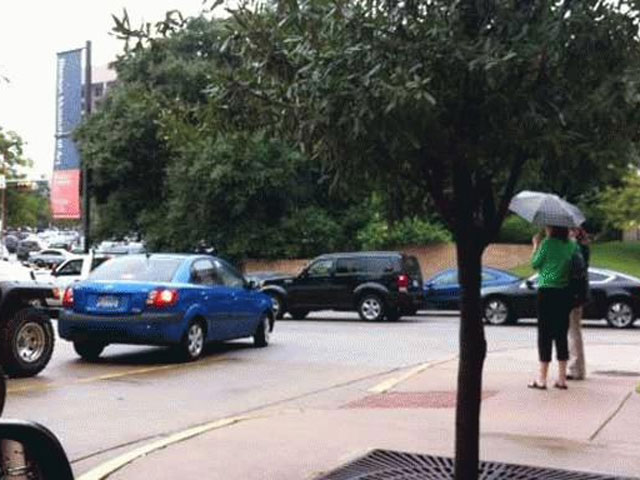 (CBS/KEYE) AUSTIN, Texas - University of Texas campus buildings have been evacuated after a phone threat about bombs placed around campus, reports CBS affiliate KEYE. North Dakota State University in Fargo, N.D. is also evacuating after a bomb threat. It is unclear whether the two threats are related.

"The university received a call from a male with a Middle Eastern accent claiming to have placed bombs all over campus. He said he was with Al Qaeda and these bombs would go off in 90 minutes. University President William Powers was notified and it was decided to evacuate all of the buildings out of an abundance of caution."

A notice on the homepage of the university's website reads: "Evacuation due to threats on campus. Immediately evacuate ALL buildings and get as far away as possible. More information to come."

According to the university's website, UT-Austin has approximately 51,000 students and 24,000 faculty and staff members.

North Dakota State University in Fargo, N.D., is also being evacuated Friday morning following a bomb threat, according to an alert posted on the college's website.