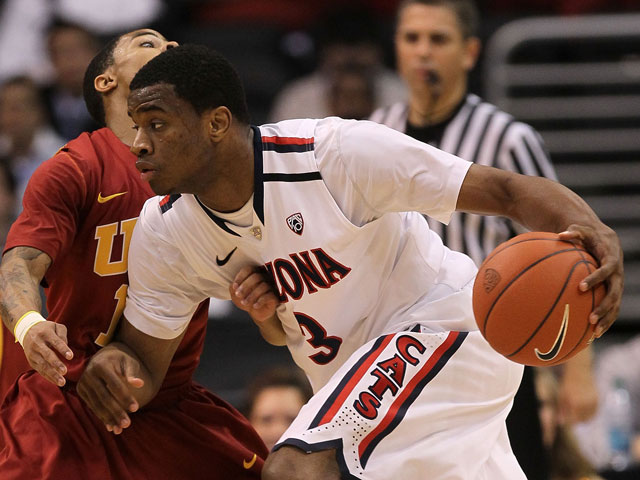 (CBS/AP) NEW YORK - University of Arizona Wildcat basketball player Kevin Parrom was shot and injured this weekend while visiting in family in New York City but is expected to be fine, the university and police said Sunday.

Parrom was shot following a dispute that took place around 1 a.m. Saturday at a residence in the Bronx, said Officer Chris Pisano, who had no details on the dispute. The victim suffered gunshot wounds to his left hand and right knee. He was taken to a hospital in stable condition, Pisano said.

No arrests have been made and the investigation is ongoing.

The University of Arizona said in a statement that Parrom, a Bronx native, had gone home to New York to visit his mother, who is ill.

Wildcats' head basketball coach Sean Miller said he has been in contact with Parrom and looks "forward to his return to Tucson and being back in class this week." Miller added, "Once we have more information, we'll be able to address his potential return to team activities."

One of Parrom's former coaches said the junior swingman is doing well.

Gary Charles, who coached Parrom on a youth basketball travel team, told the Arizona Daily Star Tucson that Parrom did not go into detail but assured him that the situation was not dire.

Parrom, a 6-foot-6 reserve, averaged 5.5 points and 2.5 rebounds in the NCAA tournament last season for a Wildcats team that advanced to the Elite Eight.