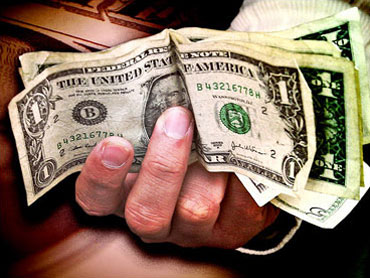 (AP)
The United Nations would like the dollar, euro, yen, and other national currencies to be succeeded by a new "global currency."

That recommendation appears in a U.N. report released this week, which suggests the dollar's outsize role in international finance has ended -- and says that it's time to invent a successor currency that would be managed by a "Global Reserve Bank."

Countries could "agree to exchange their own currencies for the new currency, so that the global currency would be backed by a basket of currencies of all the members," says the 218-page report from the U.N. Conference on Trade and Development.

Keep in mind that this is a U.N. report written by bureaucrats without any actual legal ability to create the global equivalent of the Federal Reserve. Anyone who remembers how a U.N. agency once called for a global e-mail tax of one cent per 100 e-mail messages -- but didn't exactly get it -- can attest to that.

The U.N. report grew out of the financial problems that swept the world in the last year or two, which it diagnoses as arising from too much speculation in commodity markets, a bubble in stock markets and housing markets, and trade imbalances between countries like China and the United States. Its prescription? "More stringent financial regulation" and "diversification away from dollars" as part of a new system of constant exchange rates. (Supachai Panitchpakdi, UNCTAD's secretary-general, also wants "vigorous" global actions, including "managing" energy prices through taxes, to dramatically cut greenhouse gas emissions.)

The diversification-away-from-dollars idea is a close cousin to what the Chinese government has been saying recently. China, of course, can now claim the dubious honor of being the largest foreign holder of U.S. Treasurys worth a total of $776.4 billion as of June 2009. According to a U.S. government report from 2007, China was the top foreign owner of Freddie and Fannie bonds too.

One aspect of the U.N. report that stands out is that, in all of its 218 pages of analysis and charts, it doesn't seriously contemplate a new currency that's based on something other than paper money, which can be devalued as fast as governments can run their printing presses or add zeros to their banknotes. The two classic options are gold and silver -- which are resistant to governmental inflationary urges -- though I prefer economist David Friedman's suggestion of a bundle of commodities. Then again, returning to money that's backed by something tangible may not require the ongoing services of an entire U.N. bureaucracy.