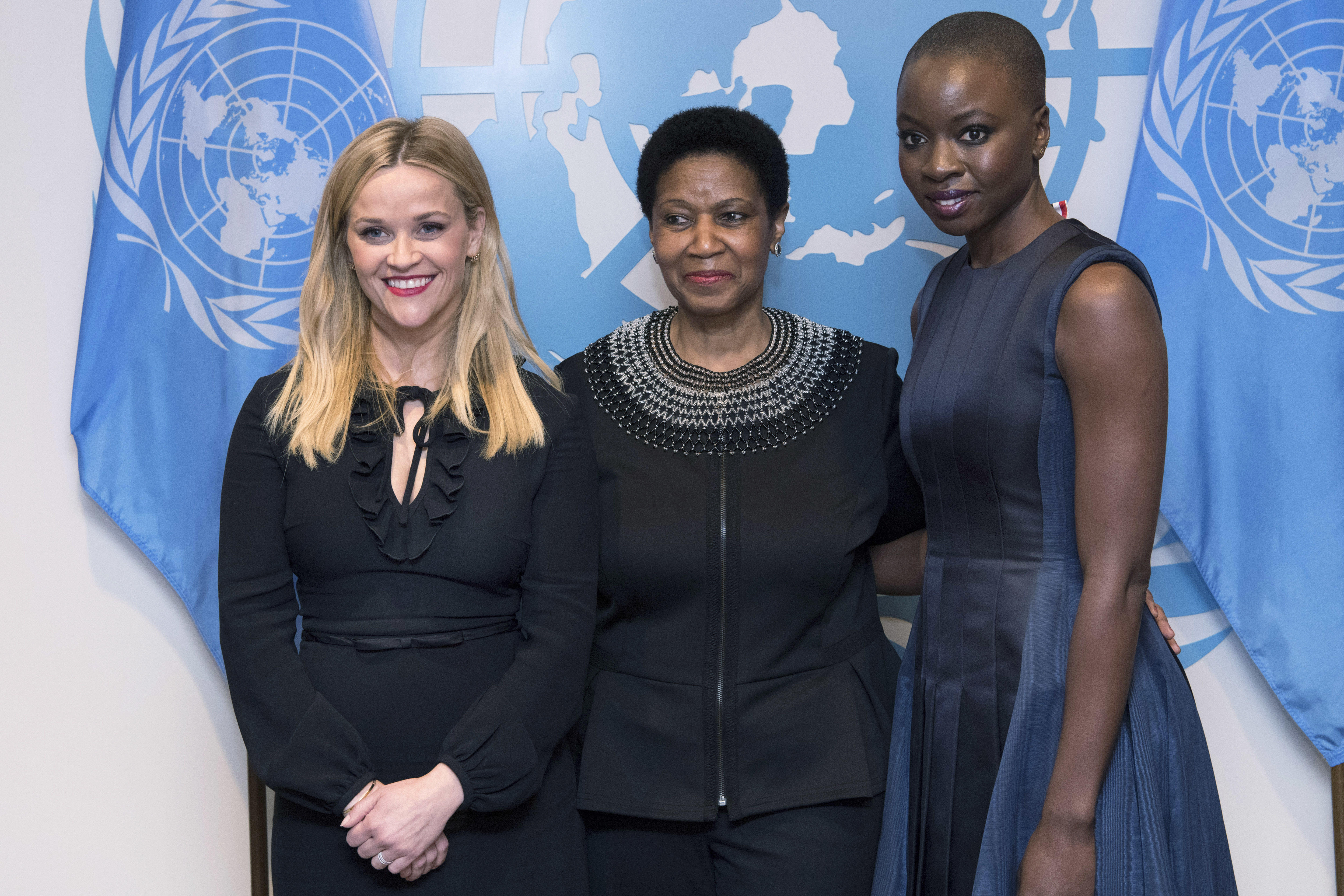 UNITED NATIONS -- The speakers for the United Nations' International Women's Day events appeared particularly emboldened this year, with Reese Witherspoon, Dania Guria and Emma Watson talking about sexual abuse and the need for women's empowerment. It was an appropriate curtain raiser for the events kicking off Monday at the U.N., with the Commission on the Status of Women (CSW) hosting dozens of meetings on gender equality and violence against women.

U.N. sponsors believe 6,000 delegates, civil society organizations, and activists will be at the event, which runs for two weeks, to put the spotlight on women and girls around the world.

The organizer of the event, U.N. Women, calls it the largest gathering on gender equality and women's rights in the world.

Feminist author and activist Gloria Steinem told CBS News that there is now, "more sustained, widespread and truly democratic activism than I have ever seen in my lifetime."

"We should listen to those women and girls who have marched us to a tipping point," Phumzile Mlambo-Ngcuka, Under-Secretary-General and Executive Director of U.N. Women, told CBS News.

Established in 1946 with annual meetings around the world, this is not the first rodeo for the Commission on the Status of Women. At the U.N. General Assembly in London that same year, Eleanor Roosevelt, as U.S. delegate, read a letter to the women of the world (video below) that said: "We call on the Governments of the world to encourage women everywhere to take a more active part in national and international affairs, and on women who are conscious of their opportunities to come forward and share in the work of peace and reconstruction as they did in war and resistance."

"The Commission has played a fundamental role at the United Nations since the very beginning of the Organization," current President of the General Assembly, Miroslav Lajčák, told CBS News. "I'm heartened by the fact that, every year, for two weeks, the CSW transforms the halls of the United Nations, bringing in gender champions from all around the world, to share real experience and real stories from the ground."

The U.S. delegation will include U.S. Ambassador Nikki Haley, her Deputy Ambassador Kelly Currie and Michelle Bekkering of USAID, who tweeted that "women's empowerment is the core of our development."

Parenting is also a focus for the commission's work in the coming weeks, and at the International Women's Day event last week, 500 moms and their infants were invited to put a focus on the needs of women as caregivers.

"There are over 2 billion mothers in the world and practically every woman -- amounting to 50 percent global population -- needs to engage in work and/or parenting at some point in her life," Latica Tomašić, the vice president of the International Women's Forum, told CBS News. "Yet, almost every society on the globe has social mechanisms in place that limit women's access to power and income, and keep women sidelined or out of the decision-making game."

"No society is rich enough to afford to sideline 40 percent of its best people," she added.

At the Commission meetings this week, the European Union has plans to unveil a $650 million program called EU-UN Spotlight Initiative, an ambitious project aimed at eliminating all violence against women and girls.

The Spotlight initiative is a "robust, comprehensive and targeted approach" that will build on the global #Metoo and #TimesUp initiatives, which "have certainly helped raising awareness about inequalities and discrimination that women face in the workplace, from pay gaps, under-representation to inappropriate behavior and sexual harassment," according to Neven Mimica, European Commissioner for International Cooperation and Development.

"There are some real heroes out there - sheros that we need to post about daily," said actress Danai Gurira, of "Black Panther," at the General Assembly last week. "Popularize them!"

With five to six events each day at the U.N. and other New York venues over the next two weeks, that is exactly what the Commission on the Status of Women hopes to do.