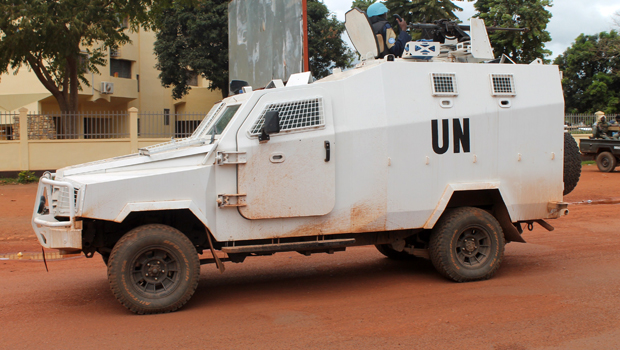 UNITED NATIONS -- The U.N. peacekeeping mission in Central African Republic says it has launched an investigation into an allegation of child sexual abuse received this week against one of its peacekeepers.

A statement Thursday says the country that contributed the peacekeeper has been asked to investigate as soon as possible.

The U.N. has not announced the country or the age of the female victim.

The spokesman for the U.N. secretary-general told reporters the allegation was made at a health facility run by a partner organization.

The U.N. has been shaken by revelations that a year after staffers first heard children's accounts of sexual abuse by French soldiers, no one has been punished. Secretary-General Ban Ki-moon on Wednesday ordered an external inquiry into how that was handled.

Ban said that the fact that the allegations were not investigated by U.N. agencies requires an independent review in order to "ensure that the U.N. does not fail the victims of sexual abuse, especially when committed by those who are meant to protect them," CBS News foreign affairs analyst Pamela Falk reports.

Falk reports that the allegations of child sex abuse are particularly stinging at the U.N. because some high-level human rights officials knew about the allegations but did not investigate.