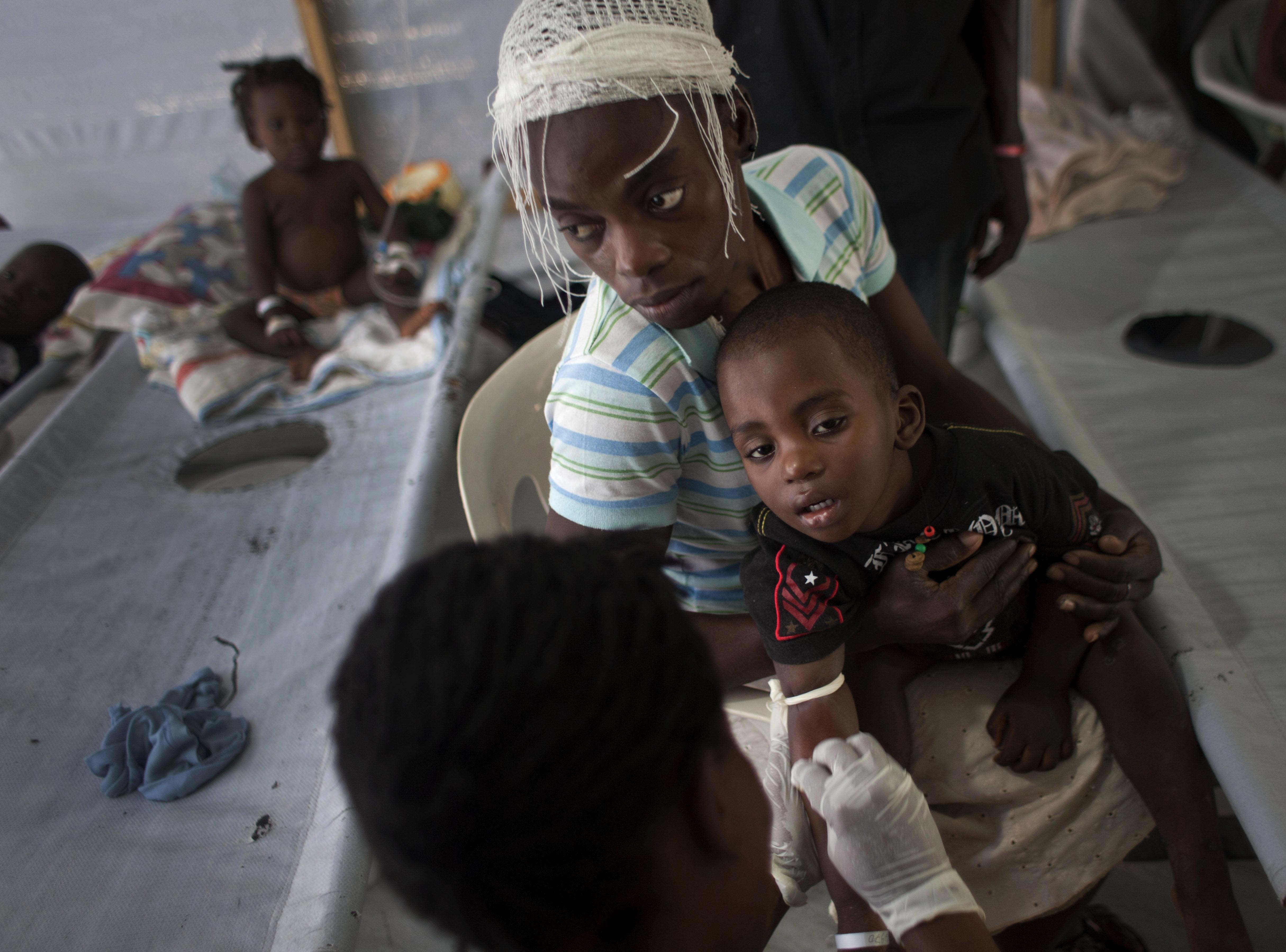 UNITED NATIONS -- Secretary-General Ban Ki-moon apologized Thursday for the U.N. not doing enough to contain the spread of a cholera outbreak in Haiti, but he stopped short of apologizing for bringing the disease to the Caribbean nation.

Ban made his remarks in a speech announcing the U.N.’s new approach to cholera in Haiti, which seeks to provide aid to communities affected by the disease that has afflicted some 800,000 Haitians and killed over 9,000.

“On behalf of the United Nations, I want to say very clearly we apologize to the Haitian people. We simply did not do enough with regard to the cholera outbreak and its spread in Haiti. We are profoundly sorry for our role,” Ban said, speaking first in Creole, then repeating himself in French and English.

The Secretary General outlined the $400 million package of aid, which is to spent on preventing cholera in the future, and compensating victims and their families. The hope is that the move will close a dark chapter in U.N. history, before he leaves office at the end of December, CBS News’ Pamela Falk reported from the U.N. The cholera outbreak in Haiti, and the U.N.’s slow response has damaged the world body’s credibility around the world.

Speaking in Creole first, hoping to be heard directly in Haiti, Ban said that the U.N. is profoundly sorry for its role in the outbreak, but stopped short of directly connecting the outbreak to U.N. peacekeepers from Nepal, thought to have been the inadvertent link to the spread of cholera in Haiti six years ago, reported Falk.

Researchers say cholera was introduced to Haiti by Nepalese troops who were part of a U.N. peacekeeping mission.

For years the U.N. had denied or been silent on longstanding allegations that it was responsible for the outbreak, while responding to lawsuits in U.S. courts by claiming diplomatic immunity. In August, a U.S. appeals court upheld the United Nations’ immunity from a lawsuit filed on behalf of 5,000 Haitian cholera victims who blame the U.N. for the epidemic.

After the ruling, Ban said he deeply regretted the suffering that cholera has caused and the U.N. had a moral responsibility to the victims.

Deputy Secretary General Jan Eliasson said Ban’s apology did not go further because a panel that studied the outbreak attributed it to a number of factors.

“We now recognize that we had a role in this but to go to the extent of taking full responsibility for all is a step that would not be possible for us to take,” Eliasson told reporters before Ban’s speech.