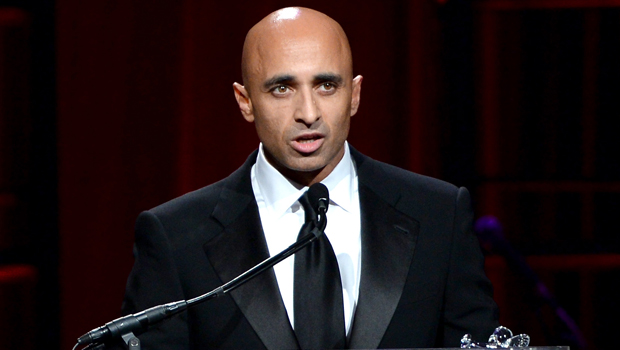 WASHINGTON -- Amid fears of an atomic arms race in the Middle East, a senior United Arab Emirates official has told a top U.S. lawmaker that it too might seek the right to enrich uranium that Iran has asserted under the recently signed nuclear deal.

The landmark Iran accord to curb its nuclear weapons in exchange for economic sanctions relief allows Tehran to enrich uranium. In barely noticed testimony last month, Rep. Ed Royce, R-Calif., chairman of the House Foreign Affairs Committee, said the UAE's ambassador in Washington, Yousef al-Otaiba, had informed him in a telephone call that the country no longer felt bound by its previous nuclear agreement with the United States.

"He told me, 'Your worst enemy has achieved this right to enrich. It's a right to enrich now that your friends are going to want, too, and we won't be the only country,'" Royce said in a phone interview with The Associated Press this week, elaborating on his testimony.

In a 2009 pact with the UAE, the United States agreed to share materials, technology and equipment for producing nuclear energy. In the accord - known as a 123 Agreement - the UAE made a bold pledge not to enrich uranium or reprocess spent fuel to extract plutonium, two pathways to an atomic weapon.

Asked to respond, the UAE Embassy in Washington sent a one-sentence email that said the "government has not formally changed its views or perspective on the 123 Agreement or commitments." The UAE has said in the past that it welcomes the nuclear deal reached with Iran.

However, Royce said al-Otaiba told him that the UAE "no longer felt bound" by those provisions of the agreement. While he said al-Otaiba did not explicitly state that his country was walking away from them, Royce said, "I took that to mean that they had the right to do that and that it was under consideration."

Royce and other opponents of the Iran nuclear deal have repeatedly warned that the accord will unleash a cascade of proliferation in the unstable Middle East or set off an arms race in a hotbed for terrorists. Proponents say it will make the region safer by preventing Tehran from having the means to produce bomb material for more than a decade or longer.

At a House subcommittee hearing on Sept. 10, Rep. Michael Turner, R-Ohio, quizzed Frank Klotz, administrator of the National Nuclear Security Administration, about whether the UAE had contacted the U.S. about wanting to forego the part of the 123 Agreement that restricts it from enriching uranium. Klotz said he had no knowledge of it.

In a Sept. 3 letter to Secretary of State John Kerry, Energy Secretary Ernest Moniz and National Intelligence Director James Clapper, the two GOP lawmakers wrote: "The committees require the administration to provide details regarding whether any state party to a 123 Agreement with the United States has notified the administration that it intends to renegotiate or otherwise alter its obligations under such an agreement due to the" Iran nuclear deal.

"Similarly, the committees require the administration to provide any other information it may have concerning the intentions of allies with respect to their civil nuclear capabilities," the letter said.

The United States has signed similar 123 Agreements with about 20 countries. The name comes from Section 123 of the U.S. Atomic Energy Act, which requires such accords when the U.S. is transferring significant amounts of nuclear material, equipment or components to other nations for peaceful energy production. The goal is to prevent further proliferation of material that also can be used to build nuclear weapons.

The UAE's pledge not to enrich has been dubbed the "gold standard" in 123 Agreements. Other nations have resisted making legal commitments that would forever prevent them from being able to enrich.

"The UAE, which has a strong commitment to nonproliferation and global nuclear disarmament, is a notable exception," said Daryl Kimball, executive director of the independent Arms Control Association, which supported the Iran deal.

But even if the UAE backed away from its pledge not to enrich, Kimball said it doesn't mean it has aspirations of building a nuclear weapon.

In a lengthy speech to announce his opposition in August, Menendez said: "Imagine how a country like the United Arab Emirates - sitting just miles away from Iran across the Strait of Hormuz - feels after they sign a civilian nuclear agreement with the U.S. ... to not enrich or reprocess uranium?"