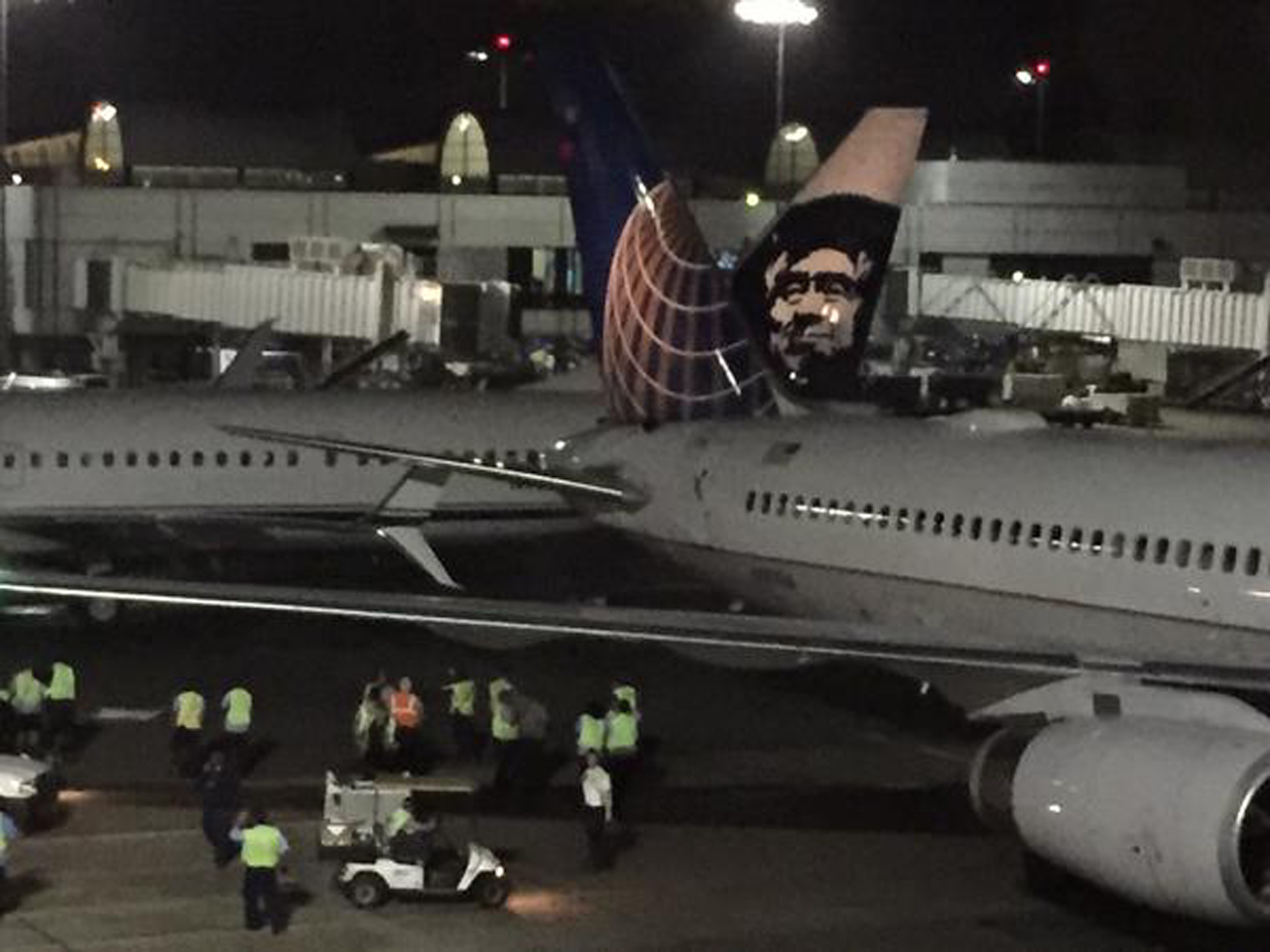 Two passenger planes bumped into each other Sunday evening on the tarmac at Los Angeles International Airport, according to CBS Los Angeles, but nobody was hurt and the only casualties appeared to be about 340 passengers' schedules.

United Airlines Flight 199 came into contact with an Alaska Airlines jet near Terminal 7 after landing from New Jersey. The Alaska jet was being pushed back from the gate prior to takeoff at the time.

United Airlines confirmed the incident, saying in a statement that the Alaska Airlines plane "made contact with UA199" as the flight from New Jersey was "taxing to the gate at a low speed." The United passengers were allowed to deplane per normal at the gate following the incident, and United engineers were inspecting the aircraft.

"Alaska Airlines Flight 543 was being pushed back from the gate about 7:45 p.m. and its wingtip clipped another aircraft," Alaska said in statement. The airline confirmed there were no injuries and said the 182 passengers on board the plane were able to depart at 9:45 p.m. local time on a different aircraft.

Passengers from both aircraft took to social media to comment on the incident, but none seemed too shaken up.

United said its plane was carrying 169 passengers and six crew.