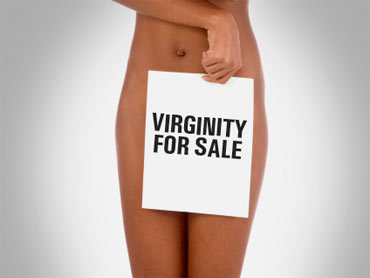 (CBS)
WELLINGTON, New Zealand (CBS/AP) Police are warning a New Zealand teenager that it might be risky for her to follow through on a deal to auction her virginity online for $32,000 in tuition money.

The anonymous 19-year-old student offered her virginity to the highest bidder on the Web site "iNeed" under the name Unigirl, saying she is desperate for money to pay for school.

"I am offering my virginity by tender to the highest bidder as long as all personal safety aspects are observed," her ad said. "This is my decision made with full awareness of the circumstances and possible consequences."

Unlike similar New Zealand Web sites, bidding and correspondence between buyers and sellers on the iNeed site is private, so it is not known what bids Unigirl's offer received. But according to her post, more than 30,000 people had viewed her ad and more than 1,200 had made bids before she accepted an offer of more than 45,000 New Zealand dollars, which is about $32,000 U.S.

Prostitution is legal in New Zealand. Prostitution among consenting adults is allowed in brothels and on the streets, and offering sexual services in print ads and online is also legal.

National police spokesman Jon Neilson said no law appeared to have been breached.

But "we would suggest it's not a safe practice," Neilson told The Associated Press. "There are definitely issues of personal safety" in using chat rooms, social dating networks and other Internet sites that can be used to arrange meetings between strangers.

Unigirl, in her initial post, described herself as attractive, fit and healthy.

She did not post a photograph of herself, and bidders did not appear to have a way of confirming any of the details of her posts.