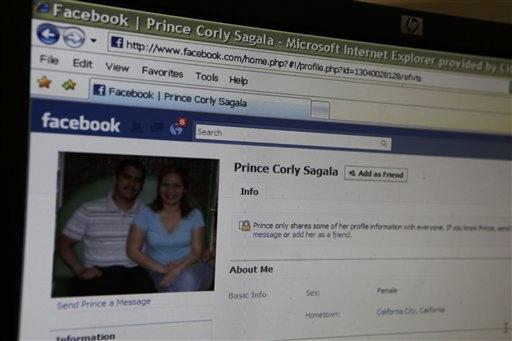 For more than 20 years, filmmaker Ken Burns has produced critically acclaimed historical documentaries on a wide variety of topics including Mark Twain, jazz and baseball.

His latest film, airing on PBS, is called, "Unforgivable Blackness: The Rise and Fall of Jack Johnson."

It focuses on the first black heavyweight boxing champion, whose dominance over white opponents in the early 20th century sparked furious debates and even ignited race riots.

Extreme racism was a foe of Johnson's as sure as any opponent in the ring.

Johnson was an in-your-face fighter of the white establishment at a time when racism was insidious in America, Burns tells The Early Show co-anchor Harry Smith.

Why did Burns call the documentary "Unforgivable Blackness"?

"We were just going to call it the straight, generic stuff — ya know — 'Jack Johnson,' but, I got so outraged by what I heard (from that era), not just from the usual Ku Klux Klan corner or Jim Crow South, but from the New York Times and the Los Angeles Times and the Detroit News — out and out racism. And you just wonder, how did this guy from Galveston, Texas, this kid, swim upstream against the tide of the universe of that time? And W.E. B. DuBois said he understood why: It was because of Jack Johnson's 'unforgivable blackness.' And that was it. We just had to do it."

Putting it in perspective, Burns said, "The racism (was) so endemic. This is the first two decades of the 20th century. More African-Americans are being lynched than in any other 20-year period in our history and, more often than not, (just) because (they've) looked sideways at a white woman. That's it. And here, you have this handsome, smiling, well-dressed guy living his life.

"He's also upsetting conservative African-Americans, who see him as a loose cannon on the deck of racial politics and so, he's getting it from everywhere."

The press reaction, Burns added, was hysterical. "It will curl our hair to hear this stuff, coming out of the most reputable newspapers of the day."

Burns explains that Johnson couldn't have been more hated by white America. "The fact that he wasn't killed is one of the great miracles of his life," Burns exclaims. "I mean, this man just did everything different.

"The most powerful word, I think, in the English language when it comes to oppression is 'No.' And Jack Johnson said 'No' all the time: no to the conventions, no to the racism. …He's knocking white guys out at a time when it's the white man's burden. You can't be the heavyweight champion if you're African-American, but somehow he does it.

"He sleeps with whomever he pleases. And that's going to be his undoing: When the government can't beat him in the ring, they're gonna go after him for his sex life."

Smith observes that Johnson dated white women, drove the big sports cars of the day. "Dresses to the nines," Burns picked up on Smith's thoughts. "It's an amazing life," Burns continued, "lived out loud, and this is 50 years before Muhammad Ali, that you have a brash African-American in your face in media America."

Eventually, Johnson fought Tommy Burns, a heavyweight champion Burns says "sort of inherited the title when the previous (champion), a couple of guys back, Jim Jefferies, retired undefeated, rather than fight a black man. And (Johnson easily) knocks out Tommy Burns. …In fact, the Australian police — it took place in Sydney, Australia — stopped the fight, rather than have the world see the indignity of a black man knocking out a white man."

Burns' documentary benefits from phenomenal newsreel footage. "It's the pay-per-view of the day," he says. "I made a film on Mark Twain, and there's 30 seconds of the guy who founded American literature. There's three hours of Jack Johnson, because they were covering this fighter. He was scary, but also fascinating."

Burns said it was Johnson around whom the notion of a "Great White Hope" evolved. "Jefferies, who'd retired undefeated rather than fight Jack Johnson, the most fearsome fighter, we think, of that era, comes out of retirement, trains, and on July 4, 1910, in Reno, Nevada, then the sin capital of America, they have a fight: "The Battle of the Century," it was called.

"Nobody had seen (the newsreel footage of the fight). There were gonna be bills in Congress introduced to ban the sale of this, interstate commerce of this film because, yet again, another white man was going down to defeat, and this just would not stand."