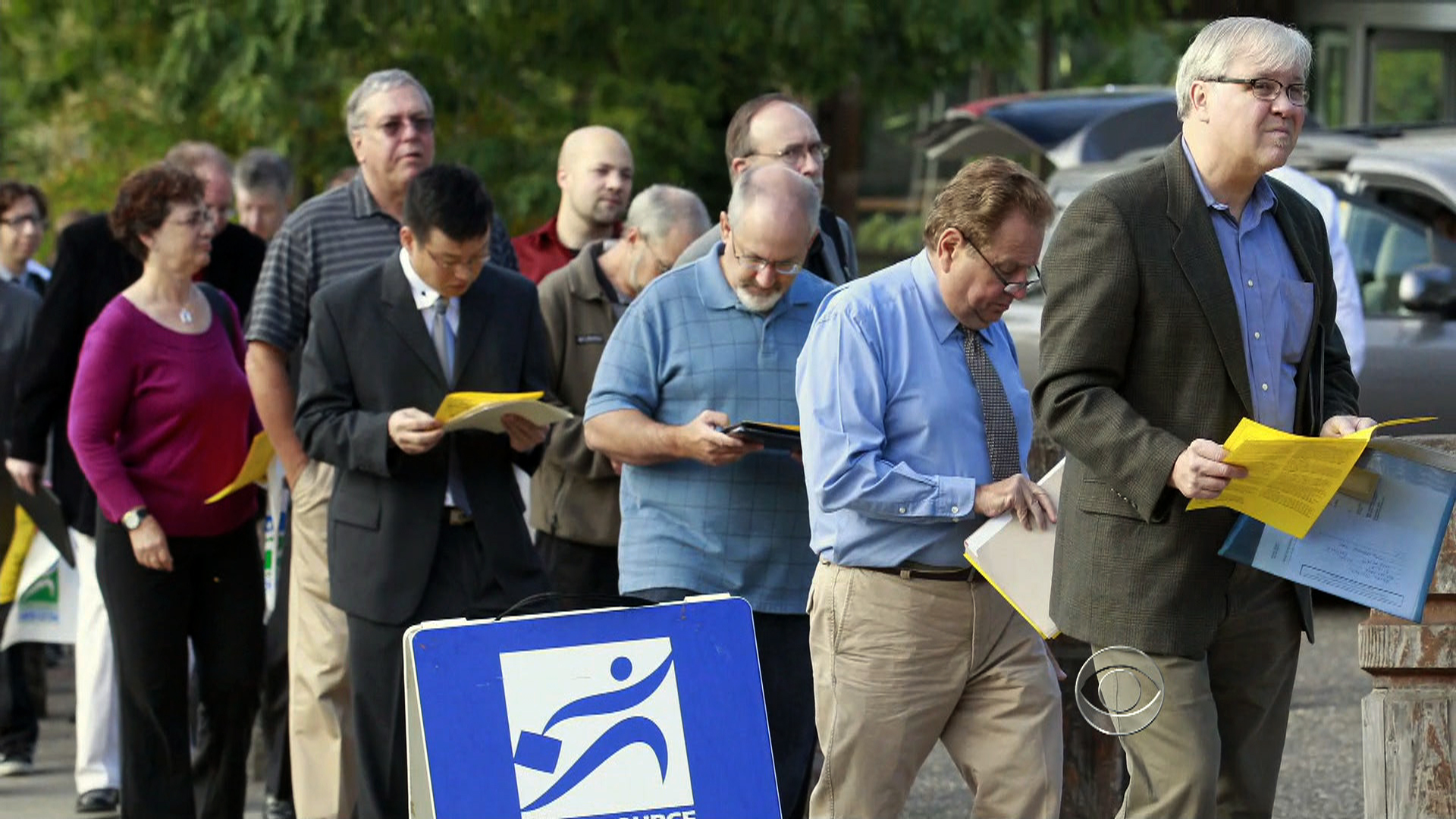 (CBS News) The Labor Department released its jobs report for August, and with so much focus on the economy, it is certain to get a lot of attention.

The data shows fewer than expected jobs were created -- only 96,000 -- and the number was short of analyst forecasts.

The unemployment rate did drop from 8.3 percent to 8.1 percent, but it was not because of the new jobs.

Instead, unemployment fell because the labor force and participation in it shrank for the month. Those not actively seeking work are not counted in the official jobless statistics.

Currently, there are now 12.5 million unemployed Americans. Five million -- or 40 percent --  have been out of work for six months or more.

The jobs were created in the services sector, while manufacturing, which has been a stronger segment of the economy, lost 15,000 jobs in August.