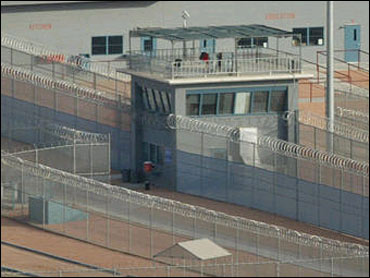 By Laura Strickler and Jack Weingart

New data from the Arizona Department of Corrections shows that undocumented immigrants are increasingly over-represented in the state's prison population.

In June 2010, undocumented immigrants represented 14.8 percent of Arizona state prisoners, but accounted for only 7 percent of the state's overall population according to the Department of Homeland Security.

The new data also revealed for the first time a breakdown of crimes for which undocumented immigrants were incarcerated.

Criminologist professor James Alan Fox from Northeastern University was not surprised by the new information, "You take any population that tends to be poor and you will have a higher rate of individuals in prison," he said. "One, there is a correlation between social class and criminality and two there's a correlation between social class and the likelihood you'll be sent to prison for the same crime as compared to people in a higher social class."

Fox says this is due in part to inadequate legal representation for low-income people. And he adds: "There's a title of an old book the rich get richer; the poor get prison."

FBI crime data indicates a 10 percent decline in Arizona's crime rate from 2000 to 2009 which some see as a sign that undocumented immigrants have not made the state more violent overall.

Tonight on the CBS Evening News, correspondent Bill Whitaker examines this question and speaks to law enforcement officials in Arizona about the connection between immigration and crime.