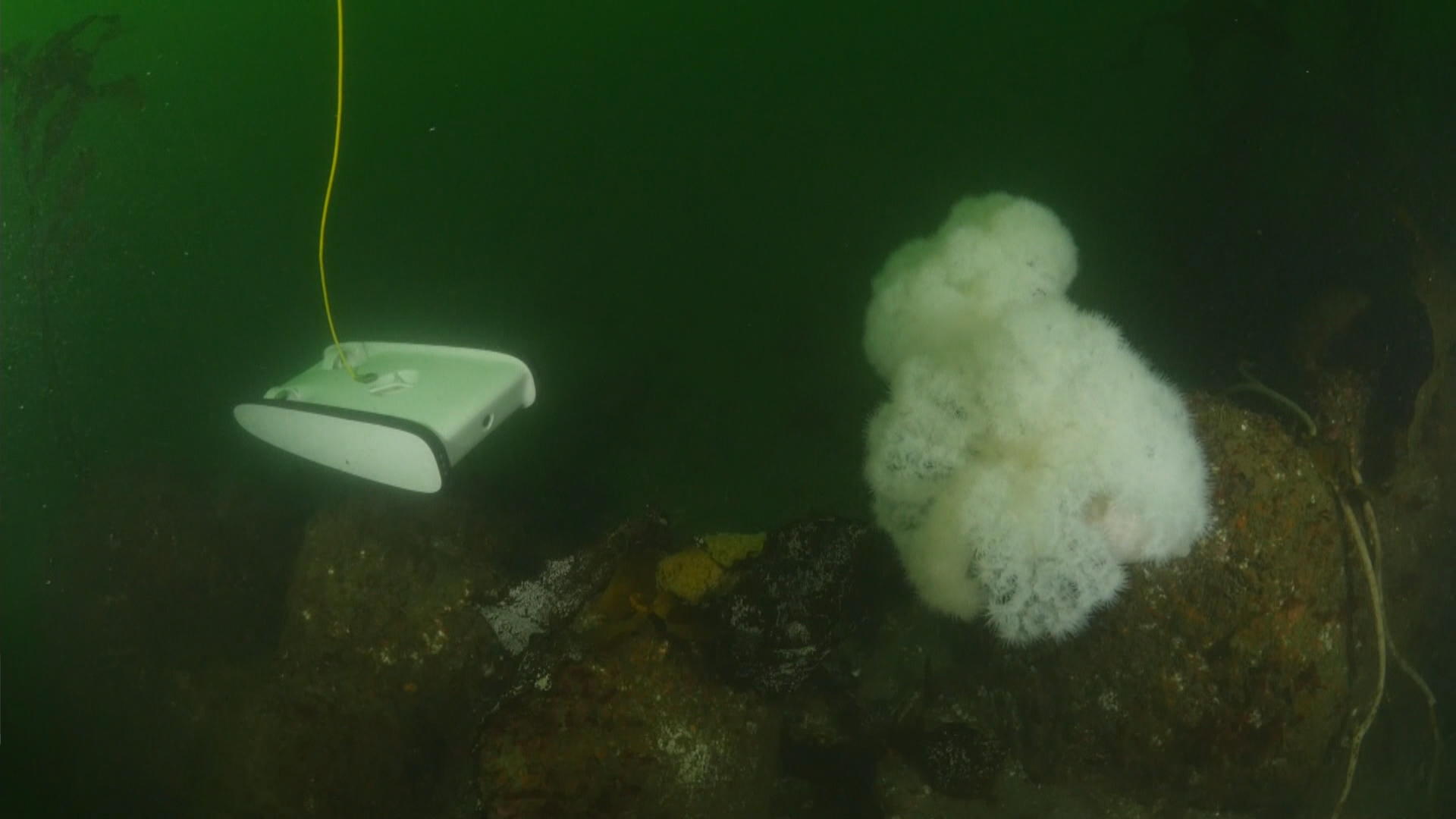 Underwater drones are opening up a whole new frontier of exploration. The lightweight vehicles can zip along coral reefs, explore marine life and even go inside shipwrecks.

The remote-controlled drones cut through the water like a fish and can turn on a dime.

“Trident” is the newest model to come out of a Kickstarter campaign launched by David Lang and Eric Stackpole. While the technology is complex, the idea is simple: to let anyone become an explorer — a so-called citizen-scientist.

“What are you hoping to accomplish?” CBS News correspondent Ben Tracy asked.

“My hope is that we can get 10,000 more eyes in the water, looking at parts of the world that no one has ever seen before,” Stackpole explained. “In the past, exploration has always been something you see someone else do. It’s always been the famous explorers who do their expedition and come back and show you what they found.”

Undersea exploration began with Jacques Cousteau in the 1940s. In 2013, Oscar-winning director James Cameron designed and built a one-man sub to explore the deepest part of the Pacific nearly seven miles down. Trident can only dive about the length of a football field, but that’s deep enough to explore countless shipwrecks.

“Technology has allowed us to give that to everyone. They’ve been used to find ancient Mayan pottery in underwater caves in Mexico. They’ve been used in Antarctica to explore under the ice,” Stackpole explained. “People took them to Mount Everest and explored a lake that’s one of the highest altitude lakes in the world.”

Last summer, Stackpole sent his drone into Lake Tahoe where they found the remains of a steamer ship known as the “Queen of the Lake.”

“We actually were able to land on the sink in this bathroom built in the 1800s on this shipwreck that had not been seen for 70 years. That was just awesome,” Stackpole said.

We joined Stackpole’s team on a test run of the new model in Monterey Bay on California’s central coast. They took us to Metridium Fields. Metridiums are large white sea anemones found about 60 feet down.

The water was murky after hot weather caused an explosion of the plankton population. Back at their lab in Berkeley, they’re hoping their startup, called OpenROV, will also explode in popularity.

“ROV” means “remotely-operated vehicle.” The software is “open” so users can modify it to fit their specific needs. They sold more than 3,000 of their first new model, which cost about $900.

In September, David Lang spoke at Secretary of State John Kerry’s Ocean Conference in Washington, D.C.  He talked about how OpenROV citizen scientists are making waves.

While using her drone in 2014, Laura James noticed sick and dying sea stars near her home in Seattle. So she began documenting the devastation and sharing what she found with scientists. They believe it’s tied to climate change.

“If you’re inviting everyone to get involved and to collect data, science becomes more than just a headline. It’s something that people are engaged in,” Lang said.

They’ve created an online global community, where a Boy Scout troop exploring a reef in the Bahamas and ocean activists spotting pollution in Puget Sound can share what they find.

Trident’s creators hope this is just the beginning of many underwater adventures.

“When I look at the water, I see not just the surface, but the murky deep below. And I want to know more about it,” Stackpole said.

Juilliard criticized for lack of diversity and "slavery" workshop

Andrea Bocelli teams up with son for emotional duet
Thanks for reading CBS NEWS.
Create your free account or log in
for more features.
View CBS News In
CBS News App Open
Chrome Safari Continue
Be the first to know
Get browser notifications for breaking news, live events, and exclusive reporting.