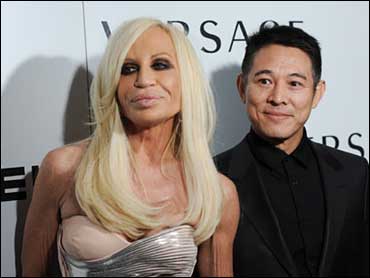 Former President Bill Clinton was scheduled for heart bypass surgery at a New York hospital after complaining of chest pains.

Dr. Nieca Goldberg, a cardiologist and a spokesperson for the American Heart Association says that even among people who, like the former president, bring their cholesterol and blood pressure under control, lose some weight and ace stress tests, it is not uncommon to have to face heart surgery.

"They had built up over the years, and the arteries get blocked," Goldberg tells The Early Show co-anchor Hannah Storm. "Although he made steps to reduce his risk like many of my patients, sometimes the blockages are just too tight at a particular time when they start to experience chest pain or shortness of breath."

In many cases a patient who appears otherwise healthy is undergoing the gradual process of hardening of the arteries over years. This eventually develops into plaque that ruptures to suddenly cause a heart artery blockage that leads to chest pain (known as angina) or a heart attack, she explains.

A lot of people remember former President Clinton's trips to McDonald's. Eating junk food on a regular basis is just one of the many contributing factors, Goldberg says. "Another thing you can't stop is genetics; if you have a family history, that increases your risk for getting blocked arteries."

Usually if a patient comes in complaining of chest pain, doctors will give an angiogram to determine if there is a blockage or multiple blockages, which is what was done in President Clinton's case. An angiogram is when a catheter is threaded into the heart and viewed with an X-ray. Depending on the anatomy of the patient and the number and physical location of blockages, doctors then determine the next step.

"Getting early assessment of your symptoms is great because you can actually prevent a heart attack," Goldberg says.

In President Clinton's case, tests reportedly showed three or four blocked arteries. "The blood can't flow through as effectively as when the arteries are not blocked so you get the chest pain or the shortness of breath," Goldberg says.

Explaining the surgery planned for the former president, she says, "What we do is take a blood vessel from inside the chest wall, or the legs, or the wrist, or even the abdomen. And bypass - go around the blockage so that we bring the good blood flow to the heart muscle. But what's really more important is after the operation, even though you've re-routed the plumbing, you really have to focus on reducing your risk. Your blood pressure is lowered and controlled."

Patients are aggressively treated for risk factors to slow down the further progression of heart disease.

Goldberg says, "I always tell my patients you're actually healthier than you were probably five weeks before the surgery because you've gotten past the blockage, but, now, it's the start of a healthier life. by reducing your risk factor. "

Goldberg adds, "Generally, a healthy person who is physically fit, the chances of a complication are just about 1 or 2 percent. In fact, we see people getting out of their bed after the first or second day of surgery, walking around the hospital floor and we discharge patients within five days after surgery. So that he'll be up and about in about four to six weeks and he'll be doing more activity."